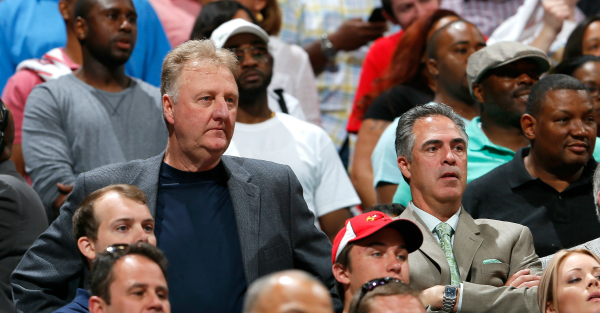 After being swept in the first round of the NBA Playoffs by LeBron James and the Cleveland Cavaliers, it appears that the Indiana Pacers are preparing to make major changes to their front office.

According to Adrian Wojnarowski of Yahoo, Indiana Pacers president Larry Bird is stepping down from his position.

The Celtics legend had started as a head coach for the Pacers after his playing career ended, and he later accepted a position in the front office in 2003. Bird took a one-year hiatus from the team’s president of basketball operations in 2012, but he was hired back to the position just a year later.

General manager Kevin Pritchard will take over for Bird as president.