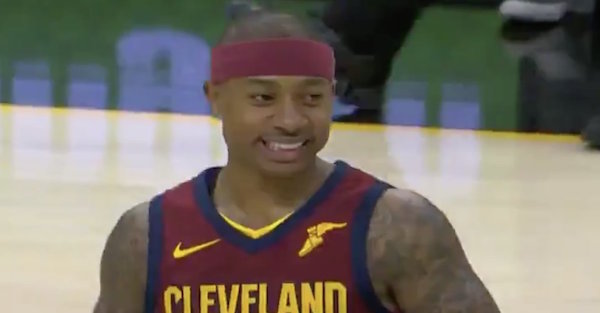 Isaiah Thomas made his long-awaited debut for the Cleveland Cavaliers on Tuesday night and the home crowd welcomed him with open arms.

Thomas entered with 4:33 left in the first quarter of the Cavs’ game against the Portland Trailblazers and received a standing ovation from fans at Quicken Loans Arena after missing the first two months of the 2017-18 season due to a hip injury.

The former All-Star scored his first points as a Cavalier three minutes later on a midrange jumper.

Shortly after, Thomas proved he was back to form with an impressive slash to the basket that resulted in a made basket and free throw.

At halftime, Thomas recorded eight points on 3-of-6 shooting, as well as two assists, with Cleveland trailing Portland, 56-53.