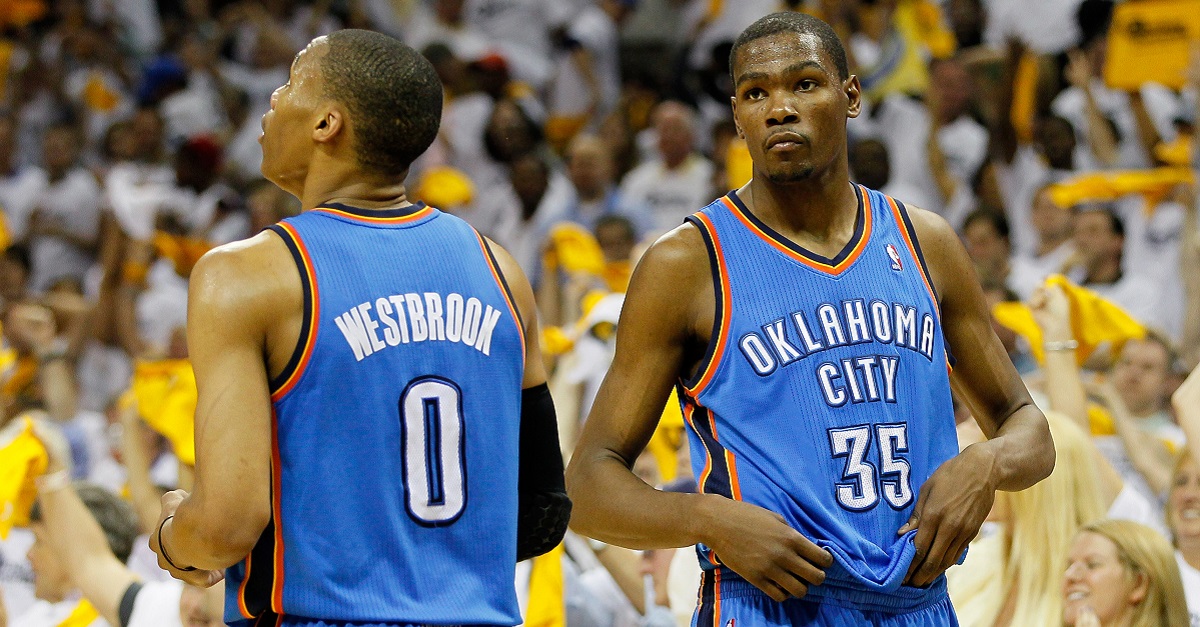 Kevin C. Cox/Getty Images
MEMPHIS, TN - MAY 13: Russell Westbrook #0 and Kevin Durant #35 of the Oklahoma City Thunder react after their 95-83 loss to the Memphis Grizzlies in Game Six of the Western Conference Semifinals in the 2011 NBA Playoffs at FedExForum on May 13, 2011 in Memphis, Tennessee. NOTE TO USER: User expressly acknowledges and agrees that, by downloading and/or using this photograph, User is consenting to the terms and conditions of the Getty Images License Agreement. (Photo by Kevin C. Cox/Getty Images)

According to Yahoo Sports, the Oklahoma City Thunder has agreed on an extension with guard Russell Westbrook through the 2018-19 season on a three-year, $85 million max deal with a player option for the last season.

Related: Kevin Durant nearly turned down the Warriors and Thunder

After Kevin Durant bolted for the Golden State Warriors in free agency, Westbrook’s free agency decision for next summer was expedited to this summer. Stay and rebuild, or bounce and start over elsewhere.

As of now, it seems Westbrook is willing to do something Durant wouldn’t — see what Oklahoma City can put together over the next two seasons and go from there.

If anything, it’s clear the Thunder are Westbrook’s team. And they’ll go as far as he can take them.