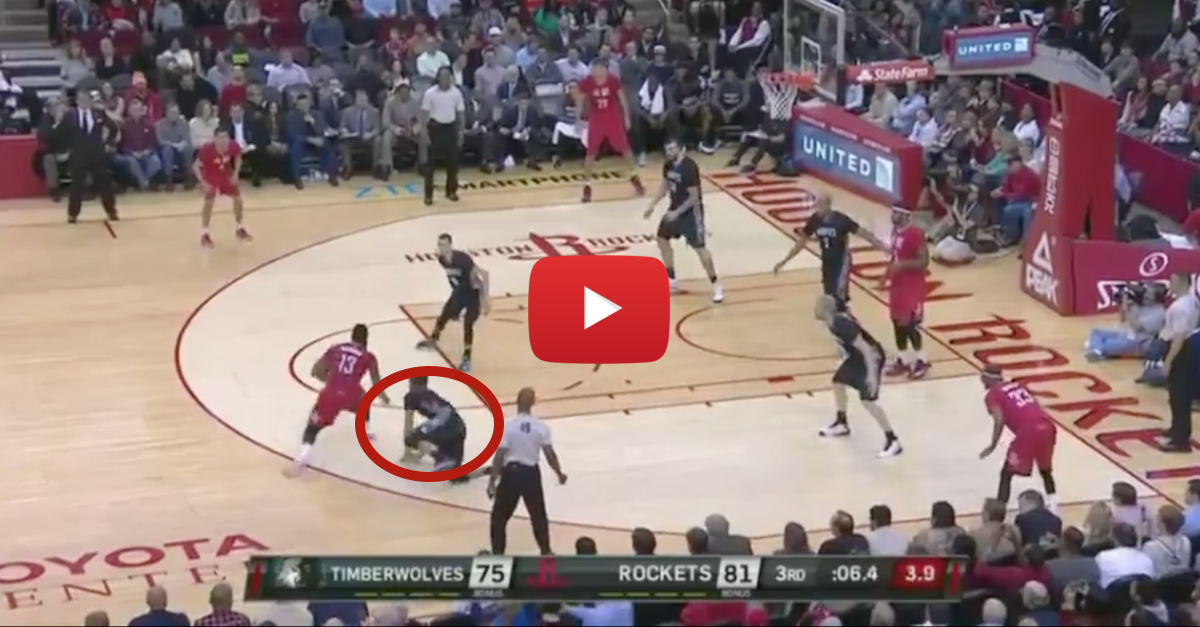 Houston Rockets guard James Harden had yet another dazzling performance Monday night, dropping a triple-double on his way to a team win over the Minnesota Timberwolves, 113-102.

But it was Harden’s filthy move sent Timberwolves guard Ricky Rubio sprawling to the ground in the third quarter had the crowd buzzing.

Check out Harden hesitate with crossover before popping a triple on his big night.