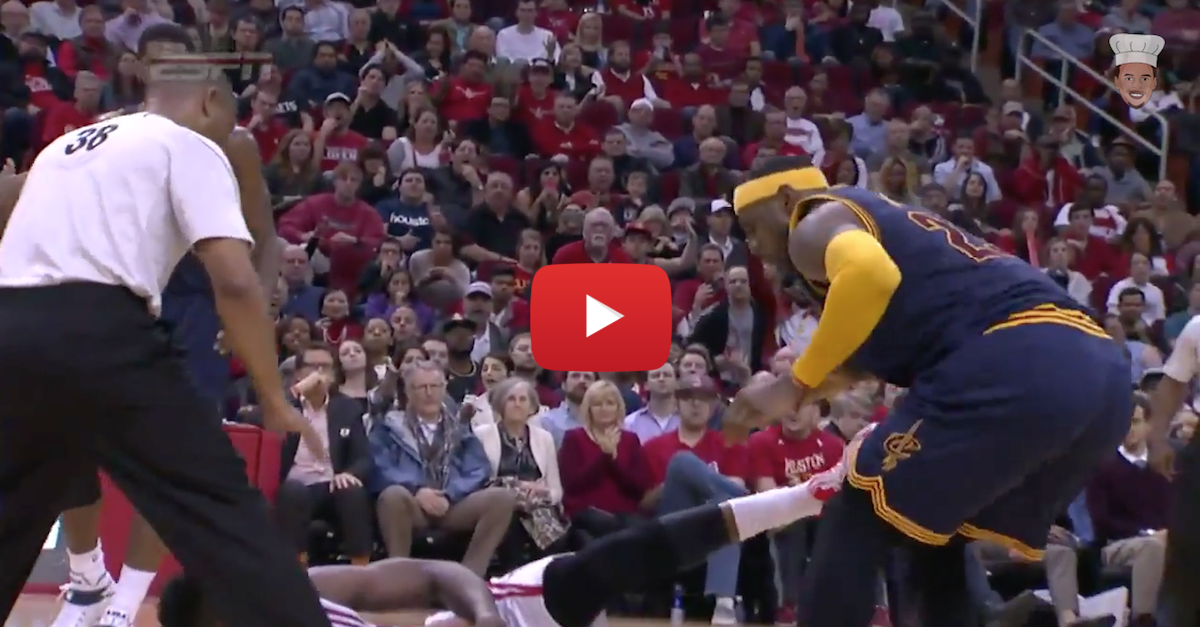 James Harden has been suspended for one game without pay, the NBA announced Monday evening. He will miss the Houston Rockets game Tuesday night against the Atlanta Hawks.

The Cleveland Cavaliers and Houston Rockets got pretty fired up Sunday afternoon in a competitive matchup between two top teams.

With the Rockets holding a slight advantage in the third quarter, LeBron James and James Harden got tangled up going to the ground, when the Rockets guard gave James a swift low blow.

Harden was hit with a technical.