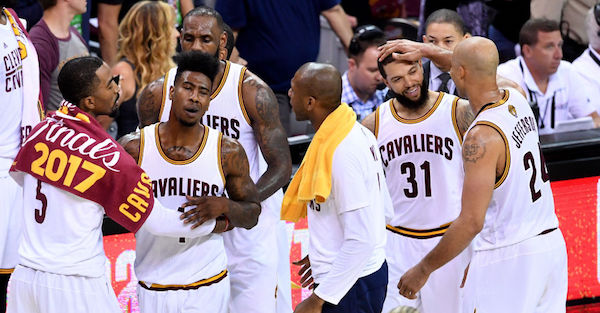 The Phoenix Suns made some major decisions regarding the future of their front office Wednesday afternoon, as the team announced that general manager Ryan McDonough got a multiyear contract extension and NBA veteran James Jones was joining the team as Vice President of Basketball Operations.

The move was announced via a press release from the team that can be found below:

In the statement, McDonough praises the arrival of Jones saying, “He is a three-time NBA champion and has been one of the top executives with the National Basketball Players Association over the past few years.”

James Jones hire is a smart move. Gives the front office someone that players can relate to and help recruit guys to Phoenix. #TheTimeline

The move is a good one for the Suns, as McDonough has done a great job adding young talent in Devin Booker, Marquese Chriss, Dragan Bender, Josh Jackson, TJ Warren and more. His future, prior to this announcement, had been uncertain in Phoenix.

The addition of Jones to the front office should be a huge help in the team’s free agency efforts, with Jones’ relationships across the league, perhaps most notably with LeBron James.

Jones played in the NBA for 14 seasons.