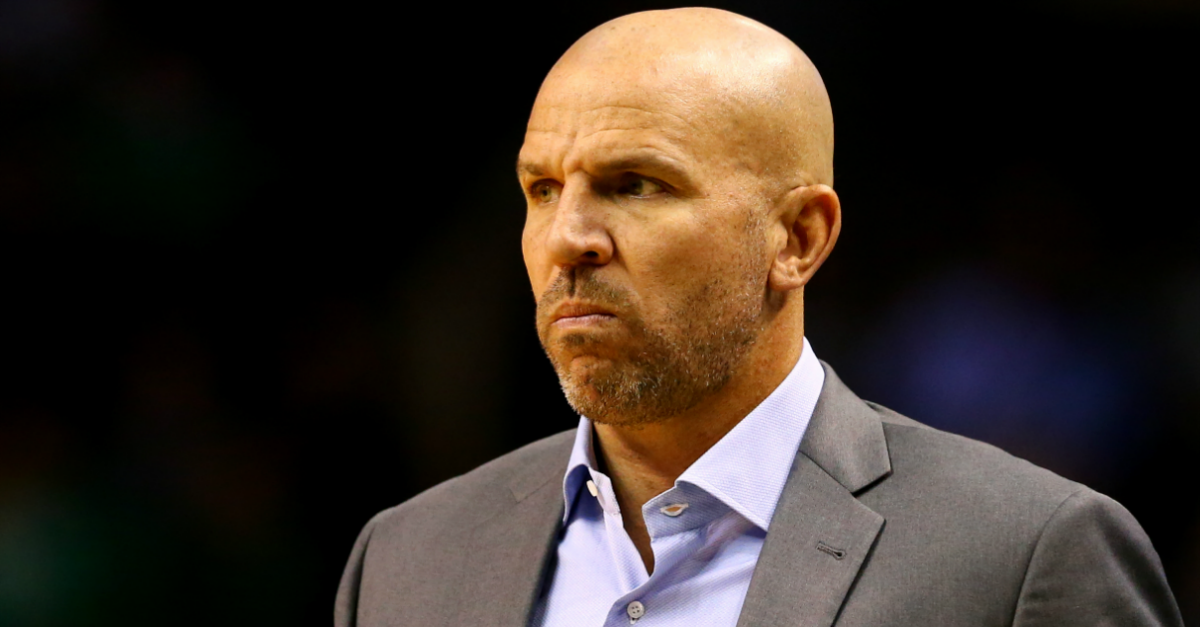 The Milwaukee Bucks are no longer a team Hall of Fame point guard Jason Kidd will be coaching. According to a report from ESPN’s Adrian Wojnarowski, the NBA franchise has fired Kidd.

To go along with the Woj report, Bucks assistant coach Joe Prunty will be installed as interim coach.

Jason Kidd, who most likely remember as a Hall of Fame-level player, started his coaching career with the Nets before strong-arming that franchise so he could join the Bucks. The Bucks actually secured his rights from the Nets in exchange for two second-round draft picks back in 2014.

Kidd currently has an overall coaching record of 183-190. The Bucks, currently under-performing with a record of 23-22, are considered to have some of the best young players in the entire NBA.

Bucks made move on Kidd based upon dropping into the 8th seed in the East, frayed relationships in organization and general non-alignment, league sources tell ESPN. Bucks job will be most sought after of offseason, largely because of @Giannis_An34.

For those not hip to the mean streets of Twitter, he is referring to Giannis Antetokounmpo. And it appears that this has become quite the mess as Kidd hasn’t even been officially informed.

The job opening that will likely be posted at the end of the season, presuming Prunty doesn’t earn it prior to that happening, should be the most alluring head coaching position in the league.