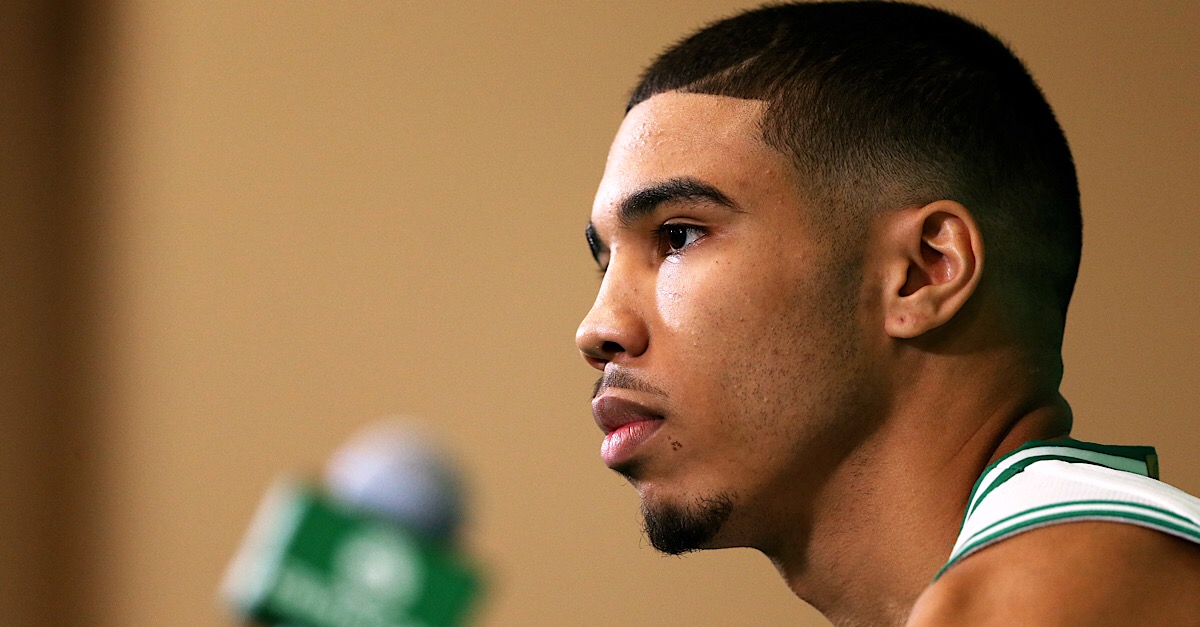 Boston Celtics were stunned after Gordon Hayward?s horrific ankle injury early in the first quarter of their season-opener against the Cleveland Cavaliers, one that could keep him out for the season.

In his absence, No. 3 overall pick Jayson Tatum calmed his nerves and put on quite a performance typically not expected of a rookie in his NBA debut.

Tatum added 14 points and 10 rebounds to Boston?s 102-99 loss, which pushed him into exclusive company.

Jayson Tatum is the first @celtics player to record a double-double in their #NBA debut since Larry Bird (1979).#NBARooks pic.twitter.com/NZ7KZ9SXwf

Without Hayward, the Celtics will rely on Tatum to take on a larger role, with Marcus Smart and Terry Rozier also filling out the offensive output.

The broadcast noted it is a fractured tibia and dislocated ankle for Hayward.