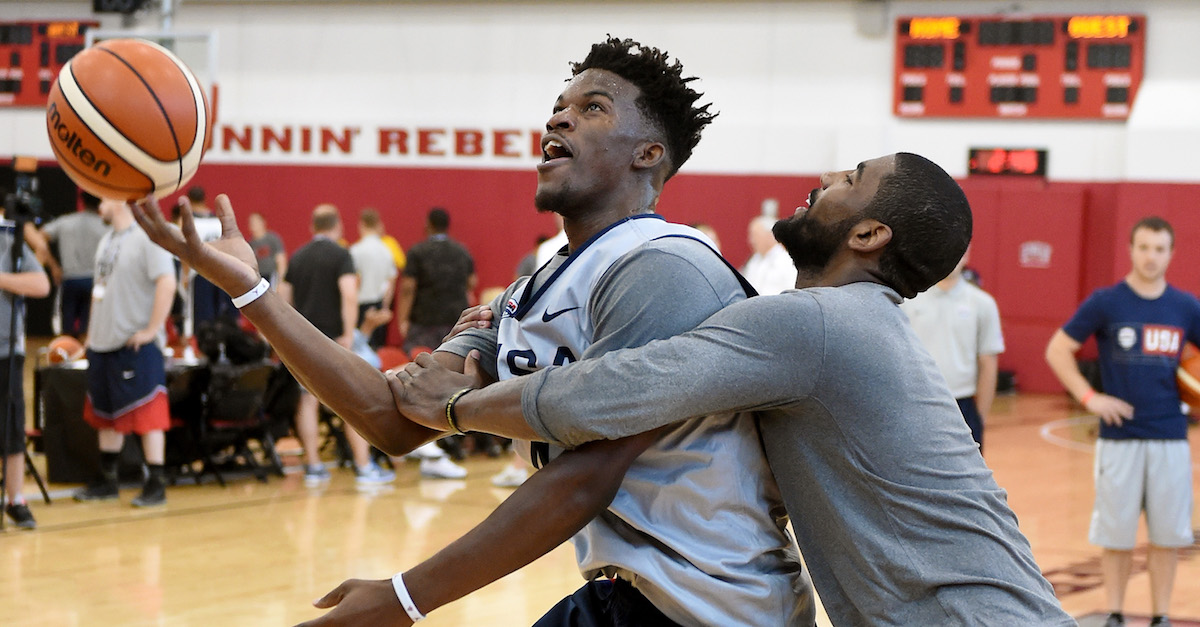 Jimmy Butler said in a recent interview with ESPN that his ultimatum to the Chicago Bulls led to his eventual trade to the Minnesota Timberwolves. In the interview with Sam Alipour, Butler said he told the team that it was either going to be him or Bulls head coach Fred Hoiberg.

“I probably went about a lot of things the wrong way,” Butler said. “People don’t work as hard as I do and don’t expect the same things out of the game that I do. And that’s my fault and I’ve learned from that. I said from the beginning – it was either gonna me or the Fred Hoiberg route. And rightfully so, they took Fred. Good for them. I’ve got that game marked on my calendar: Feb. 9 baby, I’m back.”

Butler was traded on draft night to the Timberwolves in exchange for Zach LaVine, Kris Dunn and the 16th overall pick in the draft, which was used to select Justin Patton. Of course, the trade reunited Butler with former Bulls head coach Tom Thibodeau. Butler is averaging 15.1 points, 5.3 rebounds and four rebounds per game this season for the Timberwolves.

As Butler noted in the interview, he’ll make his return to Chicago on February 9. It should be quite an entertaining matchup.