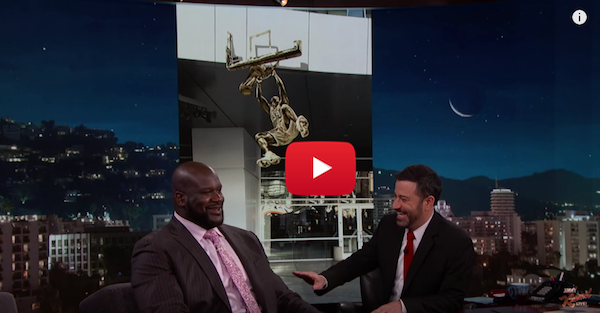 Shaquille O’Neal is most likely going to end up in the Naismith Basketball Hall of Fame this year as it is his first year of eligibility and he’s one of the most decorated centers to ever play the game. He most notably spent his time in a Los Angeles Lakers uniform and won three straight championships with the team.

The Big Diesel was on Jimmy Kimmel’s show Wednesday night to talk about the upcoming induction this year and the NBA All-Star Game in Toronto. On the show, Kimmel surprised Shaq with the news that he would be getting a statue outside of the Staples Center. It’s only right that the statue will feature Shaq dunking and tearing apart the rim as he’s been known to do from time to time.