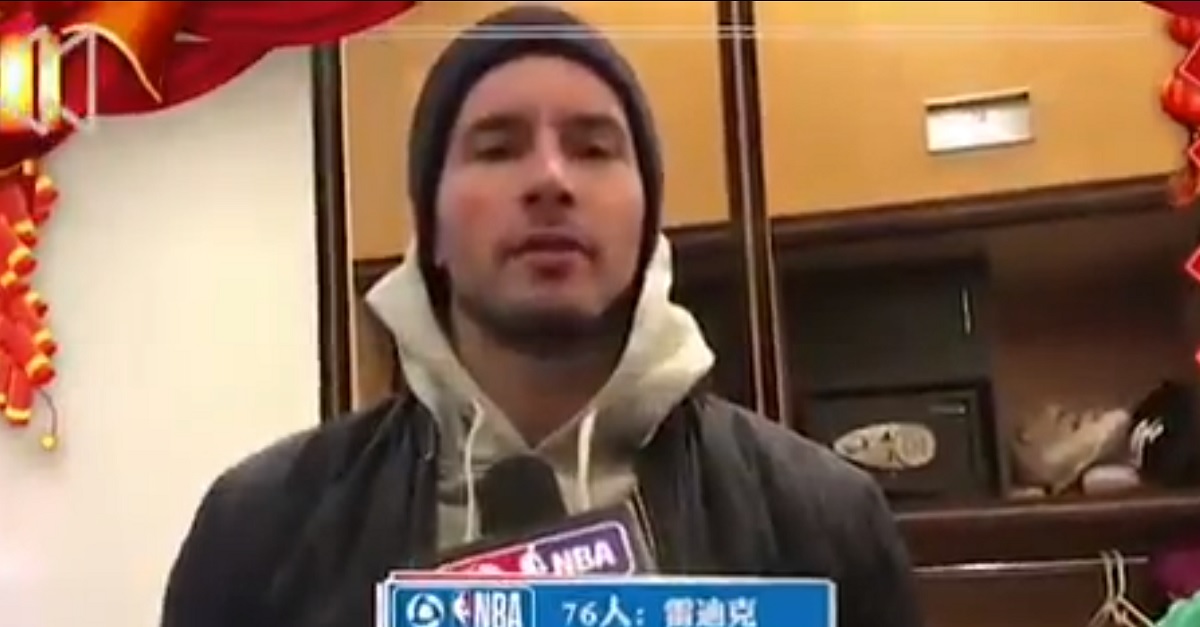 The video below was supposed to be about several NBA players congratulating the fans in China on Friday’s celebration of the Chinese New Year.

It quickly became about something else, as Philadelphia 76ers guard J.J. Redick used a racial slur during his part of the video when he congratulated the “NBA ch**k fans of China” on the New Year.

A couple of things are unclear here, the first and most obvious being why Redick would use that slur in the first place. Redick was in the NBA for the entire Jeremy Lin controversy, where an ESPN writer used that slur in a headline to refer to Lin’s Chinese descent.

The other awkward thing here: how did Redick using the slur make it past the production of the video? Slurs like this are often hurled in a situation where someone doesn’t expect it to be heard, it is even more bizarre that Redick would just straight up say it into the camera.

Redick has since released his own statement, saying that he was “tongue-tied” and that the slur in question is “not in my vocabulary”.