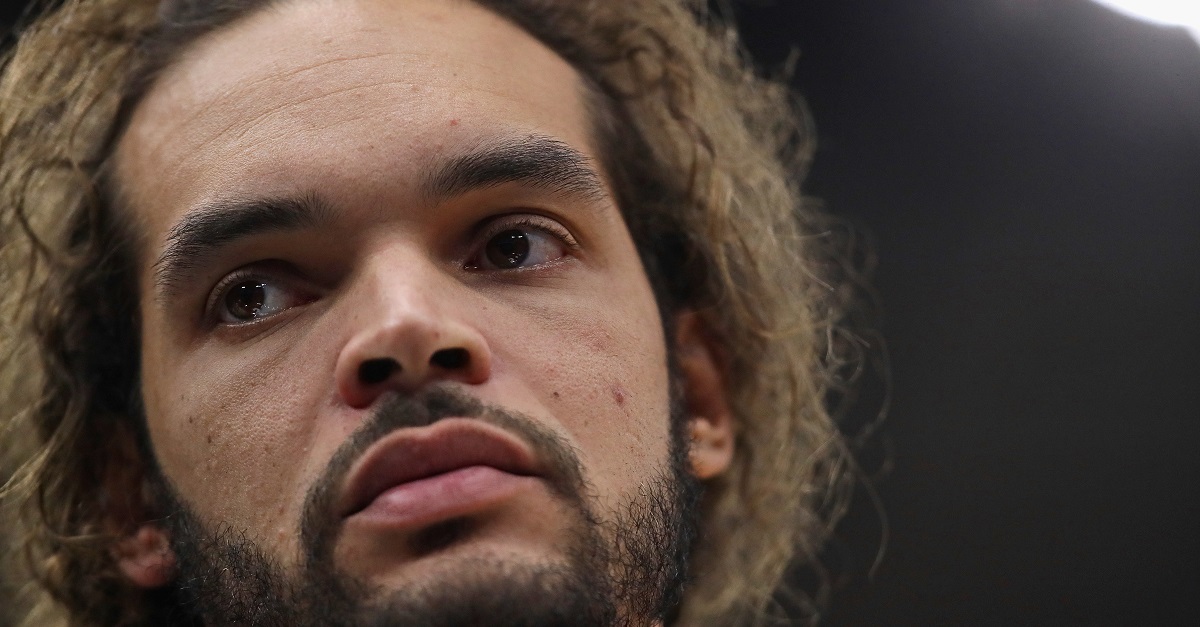 Jonathan Daniel/Getty Images
CHICAGO, IL - DECEMBER 27: Joakim Noah #13 of the New York Knicks stands during a time out against the Chicago Bulls at the United Center on December 27, 2017 in Chicago, Illinois. The Bulls defeated the Knicks 92-87. NOTE TO USER: User expressly acknowledges and agrees that, by downloading and or using this photograph, User is consenting to the terms and conditions of the Getty Images License Agreement. (Photo by Jonathan Daniel/Getty Images)

New York Knicks center Joakim Noah is reportedly expected to receive interest from the Golden State Warriors, Minnesota Timberwolves and Oklahoma City Thunder should he accept a buyout prior to the deadline to become playoff eligible, according to RealGM.com.

Noah was sent home by the Knicks following an altercation with head coach Jeff Hornacek during practice in January. According to reports, the coach pushed Noah and the center pushed him back before both men were separated.

Noah, who signed a four-year, $72 million deal with New York in 2016, hasn’t addressed his status with the organization publicly since his departure.

He currently has two years remaining on his deal and has seen limited playing time during the 2017-18 season.

While all three scenarios would be enticing, a move to the Timberwolves would reunite Noah with former head coach Tom Thibodeau, who previously coached the center during his time with the Chicago Bulls.

Regardless, a buyout would likely be the best case scenario for the center and the Knicks following a disappointing tenure during his first two seasons in New York.