Former No. 3 overall pick gets max deal despite never playing even half an NBA season 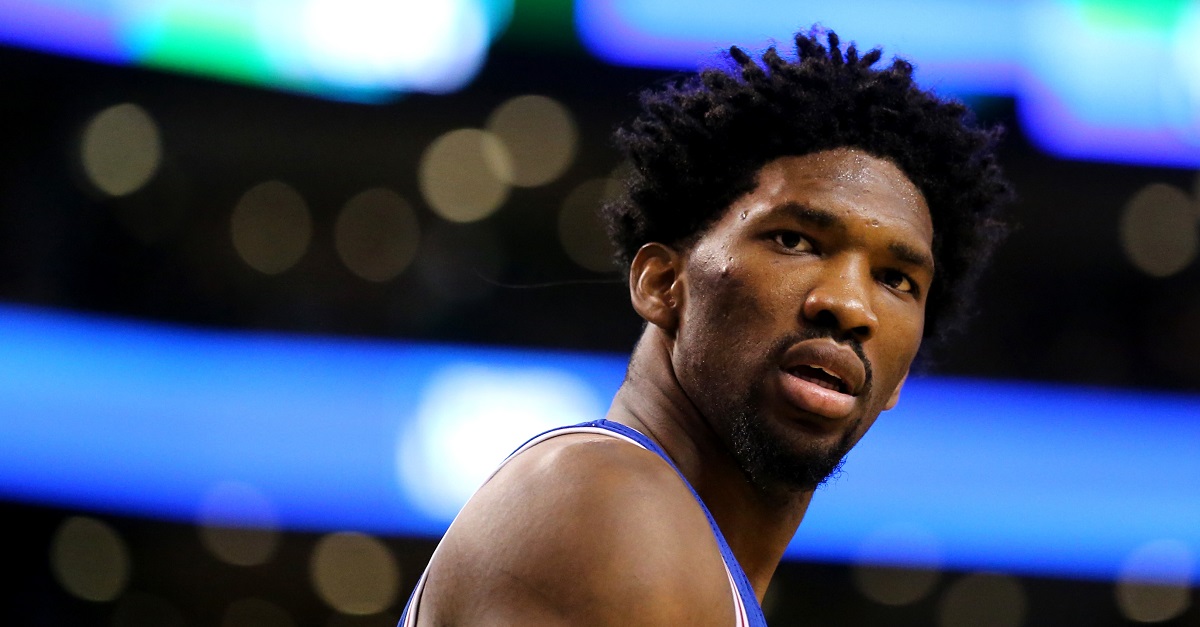 Maddy Meyer/Getty Images
BOSTON, MA - JANUARY 6: Joel Embiid #21 of the Philadelphia 76ers looks on during the second half against the Boston Celtics at TD Garden on January 6, 2017 in Boston, Massachusetts. The Celtics defeat the 76ers 110-106. NOTE TO USER: User expressly acknowledges and agrees that , by downloading and or using this photograph, User is consenting to the terms and conditions of the Getty Images License Agreement. (Photo by Maddie Meyer/Getty Images)

In brief moments during the 2016-2017 NBA season, Joel Embiid flashed the tantalizing upside that helped to make him the No. 3 overall pick in the 2014 draft. However, there is still plenty of risk with the former Kansas big man, especially in the area of health where he missed two full seasons before being limited to less than half of his third campaign as a professional.

The Sixers do not appear to be worried, though, as Philadelphia has reportedly invested a five-year, $148 million contract in their franchise cornerstone center.

In fact, the $148 million might be low if Embiid goes on to meet the criteria (as either MVP or making All-NBA teams) for the NBA’s “super max” deals.

If Embiid meets the super max criteria over course of deal, he could earn as much as $178M. https://t.co/55eWZGis4I

It should be noted that Wojnarowski’s report does indicate something of a parachute for the Sixers in that an injury that “causes him to miss significant playing time” could give Philly some “salary cap projection.” Make no mistake, though, in that this is a huge investment and something of a risk for a Sixers team that now absolutely needs Embiid to maintain health and high-end performance in the future.

Markelle Fultz and Ben Simmons are excellent prospects but, in the end, Embiid’s ability to stay on the floor could be what allows Philly to sink or swim.