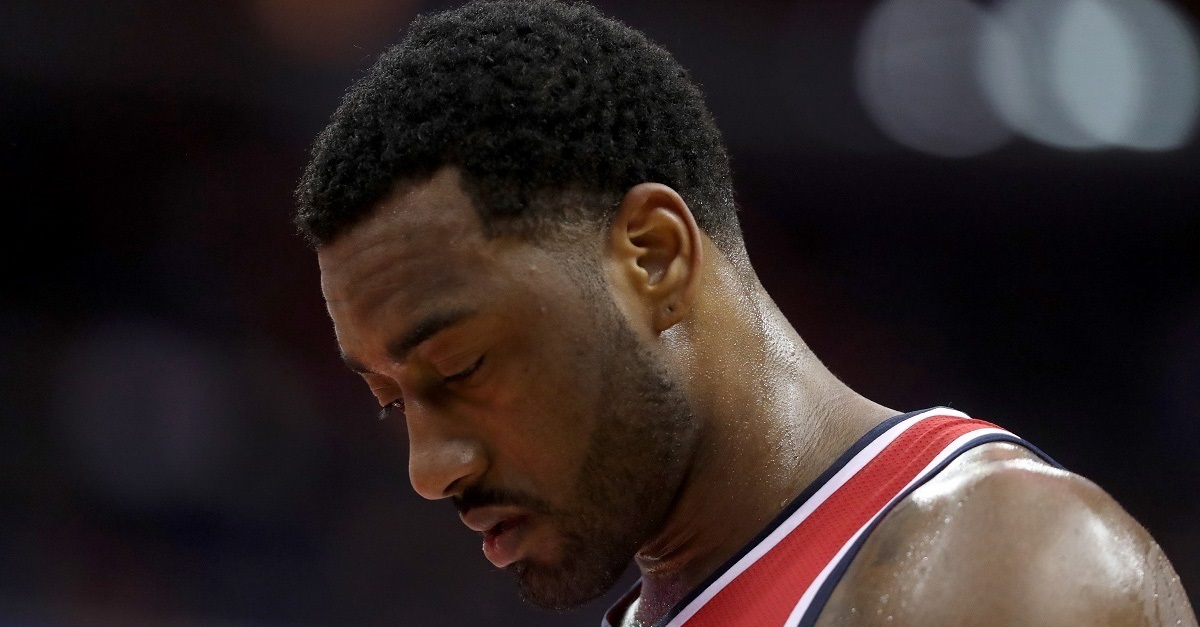 Rob Carr/Getty Images
WASHINGTON, DC - JANUARY 10: John Wall #2 of the Washington Wizards looks on in the fourth quarter against the Utah Jazz at Capital One Arena on January 10, 2018 in Washington, DC. NOTE TO USER: User expressly acknowledges and agrees that, by downloading and or using this photograph, User is consenting to the terms and conditions of the Getty Images License Agreement. (Photo by Rob Carr/Getty Images)

Washington Wizards point guard John Wall will reportedly undergo a knee procedure on Wednesday and could miss up to two months of action, according to Candace Buckner of The Washington Post.

DEVELOPING: John Wall will undergo a knee procedure tomorrow (described as a clean up). He will miss six weeks & will not play in upcoming All-Star weekend, The Washington Post has learned.
Story coming soon.

Wall has been battling random soreness in his left knee throughout the season and team doctors have not been able to figure out what is causing the inflammation. Wall traveled to Cleveland on Monday to receive a second opinion on his knee from orthopedic surgeon Richard D. Parker of the Cleveland Clinic Marymount. Parker previously performed Wall’s two knee surgeries in May of 2016.

Wall is currently averaging 19.4 points, 9.3 assists, 3.6 rebounds, 1.3 steals and 1.1 blocks in 37 games this season. He earned his fifth trip to the All-Star Game after being selected as a reserve player last week and was selected by LeBron James to play on Team LeBron, but will now miss the game due to the injury.

The loss of Wall for the Wizards figures to be a huge blow for a team battling for playoff positioning. The Wizards are currently 27-22 and are in sixth place in the Eastern Conference. By electing to have the surgery now, it will likely ensure that Wall is healthy and available for the playoffs should the Wizards qualify.