Former NBA No. 1 pick promises to show “no mercy” to rookie Lonzo Ball 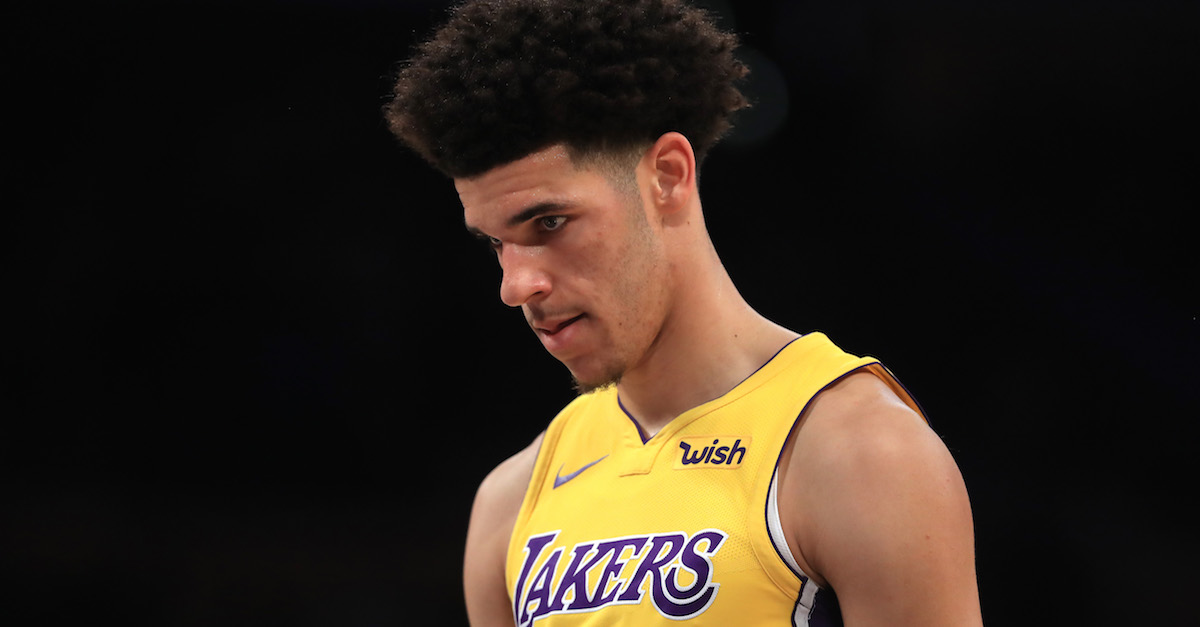 Spean M. Haffey/Getty Images
LOS ANGELES, CA - OCTOBER 02: Lonzo Ball #2 of the Los Angeles Lakers looks on during the first half of a preseason game against the Denver Nuggets at Staples Center on October 2, 2017 in Los Angeles, California. NOTE TO USER: User expressly acknowledges and agrees that, by downloading and or using this Photograph, user is consenting to the terms and conditions of the Getty Images License Agreement (Photo by Spean M. Haffey/Getty Images)

With the help of some outlandish comments, Wednesday night’s matchup between the Los Angeles Lakers and Washington Wizards figures to be quite an entertaining game.

As Lakers rookie Lonzo Ball prepares for his fourth game in the NBA, it sounds like he may need to prepare a little bit more for Wizards point guard John Wall. After Lonzo’s father, LaVar, warned the Wizards to “beware” of the Lakers “because Lonzo ain’t losing again,” Wall said he’s going to show the rookie no mercy, according to the Washington Post.

“Certain matchups you really get up for. Like when you play [Golden State Warriors guard] Steph [Curry], you definitely want to have a good game,? Wall said. ?I?m playing against [Ball]. [Gortat] said what he said about me. I didn?t say anything. His dad has been talking. ? That makes me want to go out there and lead my team and play the best I can play.”

After LaVar’s comments, Wizards center Marcin Gortat tweeted that Wall “would torture [Lonzo] for 48 minutes.” Wall enters the game averaging 24.3 points, 10 assists and three rebounds per game for the Wizards. He is tied for 10th in the league in scoring and is second in assists.

Meanwhile, Lonzo is averaging 13.3 points, 9.3 assists and 8.7 rebounds per game for the Lakers. Given all of the hype placed on Lonzo this season, he has mostly lived up to it as the second-overall pick in June’s draft. He finished just one assist shy of a triple-double on Friday and was close to another one on Sunday.

Given his father’s outlandish comments, players will be targeting Lonzo all season long and Wednesday night will be yet another test for the rookie.