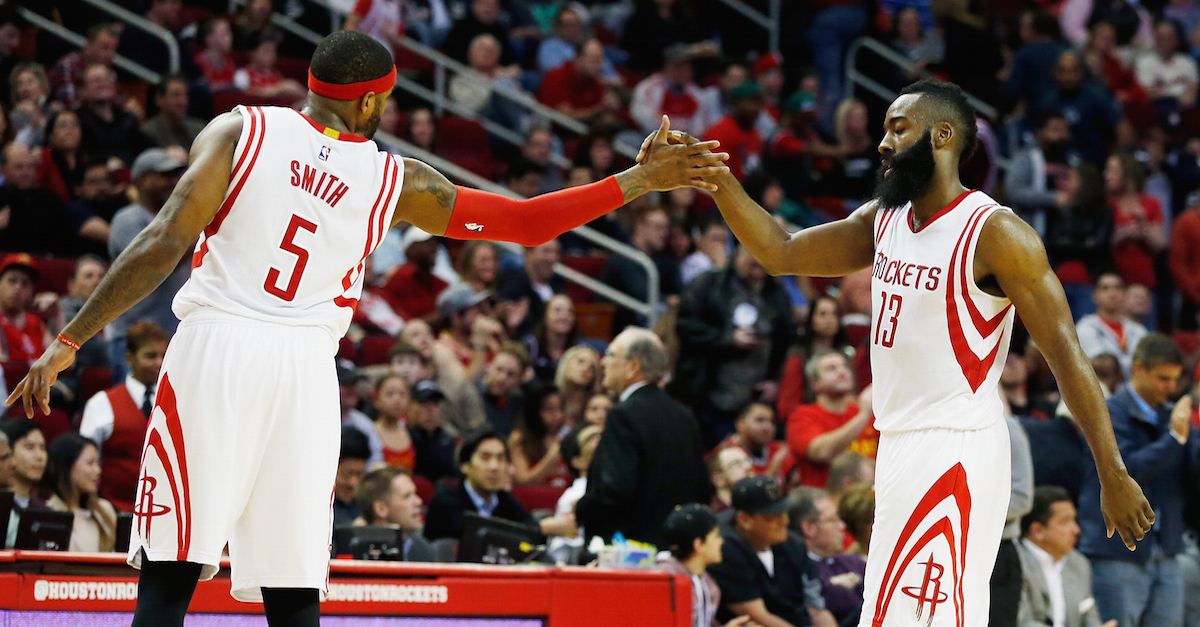 The Houston Rockets will be shorthanded Tuesday night against the Atlanta Hawks, with injured center Dwight Howard and suspended guard James Harden both out.

While the team has been without Howard for some time, Rockets forward Josh Smith discussed the challenges of playing without the team’s leading scorer after Houston’s shootaround:

“He does so much for our offense, demands so much focus on that end of the court. Guys are going to have to not think of ‘I have to be the guy to take his point total’ on by themselves. We have to play together on both ends of the floor. We have to not focus ourselves on not trying to do extra things to equal what he does at that end of the court. It has to be collective,” said Smith.

As for the suspension of Harden, Smith quickly delved into his thoughts on that topic:

“I think the suspension was absurd if you ask me, but things happen. I think decisions are made off of social media and what people say in the press.

“It will show the depth of this team. We have a lot of talented guys that have high basketball IQs. We have to try to withstand the great things that Atlanta is doing this season.”