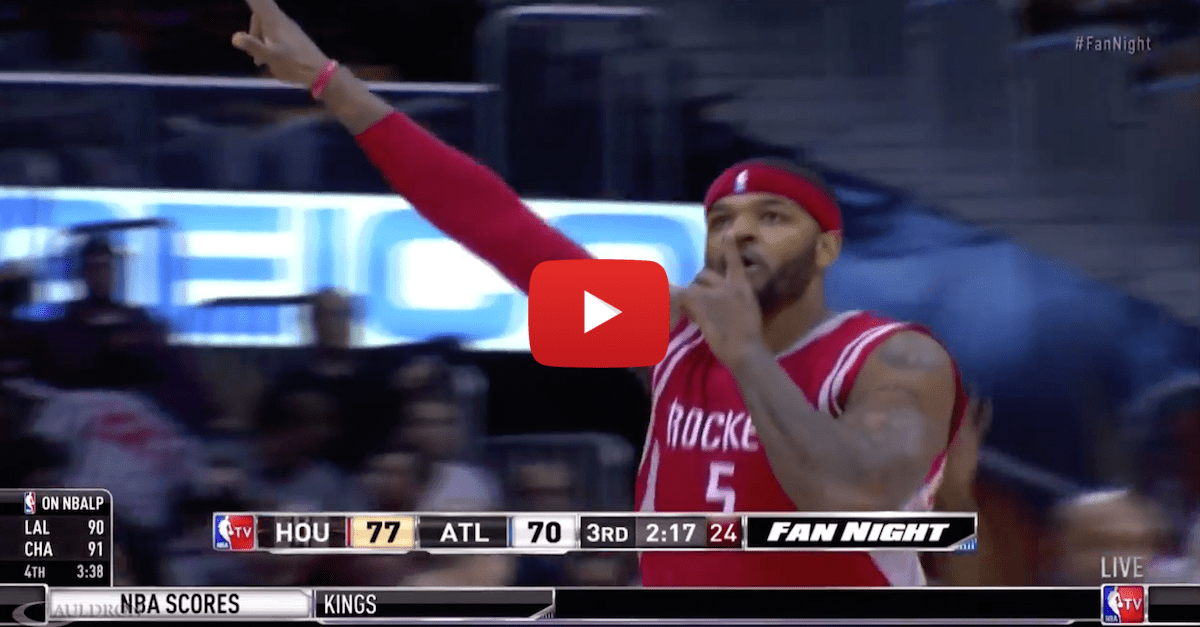 Josh Smith spent his first nine years of his up-and-down career with the Atlanta Hawks.

His returns with the Detroit Pistons weren’t anything special, but now as a member of the Houston Rockets, and without James Harden and Dwight Howard, it was his chance to show Hawks fans what they were missing.

The Rockets clawed to a double-digit lead over and again and Smith’s 3’s — which were booed heavily when he was in Atlanta — received the same vitriol Tuesday night.

As the crowd booed, Smith kept firing and eventually shot his team out of the game. So after the contest, frustrated by the loss and the crowd’s response, the forward responded to his hometown audience.

?It?s not emotional to hear that,? he said. ?You expect a better outcome. I was here for nine years, and all I did was positive things in the community and with the team. Those fans are fickle and bandwagoners so it doesn?t mean anything to me.?

Former teammate Jeff Teague responded with some fire of his own:

With the win, the Hawks are the first team to lock up a playoff spot.