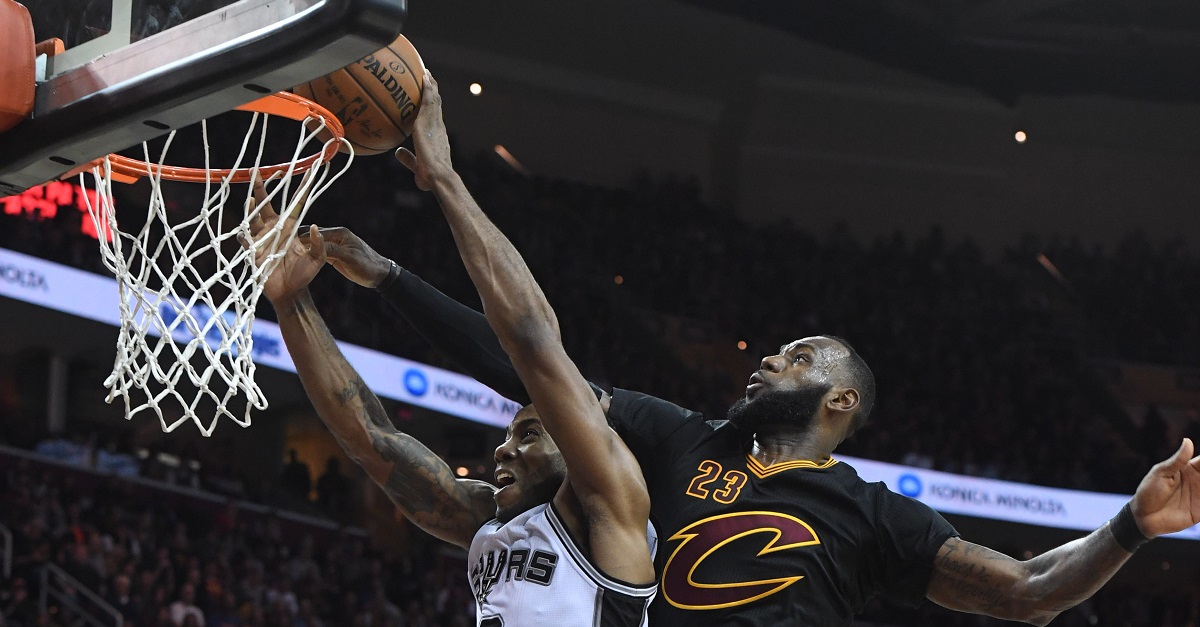 Jason Miller/Getty Images
CLEVELAND, OH - JANUARY 21: LeBron James #23 of the Cleveland Cavaliers blocks Kawhi Leonard #2 of the San Antonio Spurs during overtime at Quicken Loans Arena on January 21, 2017 in Cleveland, Ohio. The Spurs defeated the Cavaliers 118-115. NOTE TO USER: User expressly acknowledges and agrees that, by downloading and/or using this photograph, user is consenting to the terms and conditions of the Getty Images License Agreement. Mandatory copyright notice. (Photo by Jason Miller/Getty Images)

Popovich was asked Tuesday at shootaround if there was any good news regarding Leonard’s injury and he indicated that his star player could return sooner rather than later.

Leonard has yet to play this season for the Spurs as he recovers from a right quadriceps injury. He initially suffered the injury last season and was expected to miss the entire preseason as he continues to rehab. While an official timetable for his return was never given, Popovich said last week that Leonard’s recovery has been slower than expected.

Although the team has been without Leonard, his absence hasn’t greatly impacted the team’s record to this point. The Spurs are 8-5 at this point in the season and have still managed a top-10 defense without the former two-time Defensive Player of the Year.

Once Leonard is healthy enough to return, his addition figures to give the Spurs a huge boost over the rest of the season though and should make their record look much better.