Kevin Durant nearly turned down the Warriors and Thunder 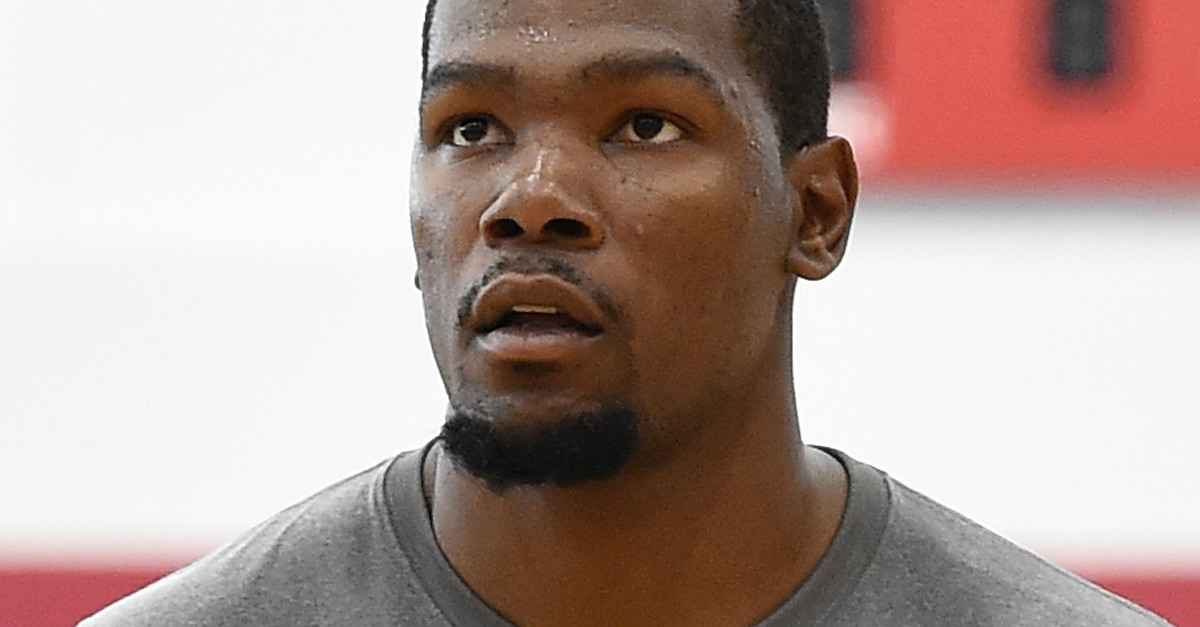 Kevin Durant #29 of the 2015 USA Basketball Men's National Team shoots during a practice session at the Mendenhall Center on August 12, 2015 in Las Vegas, Nevada. (Photo by Ethan Miller/Getty Images)

Kevin Durant shocked the NFL world when he bolted from the Oklahoma City Thunder to join the Western Conference rival Golden State Warriors.

In a sit-down interview with the Boston Herald, Durant noted it was actually Tom Brady’s presence that almost made him decide to sign with the Boston Celtics on the spot:

?I was ready to just say, ?All right. Let?s go. I?m ready to go,? seeing Tom Brady there,? Durant said. ?Just seeing someone so successful at his craft and just a great ambassador for the game of football and the city of Boston, it was just great to be in the presence of greatness.

?But at the same time, I knew I couldn?t let that distract me. But he was great. It was great to see him.?

Eventually, Durant made a decision based “where (he) wanted to go” and that location was Golden State.

The former MVP also detailed how tough it was to leave Oklahoma City and his shock at the response from fans when he decided to sign with the Warriors. Would that response have been any different if he landed in Boston instead? We’ll probably never know.