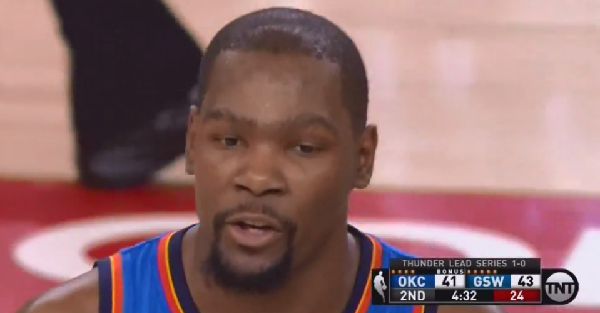 Kevin Durant has gotten on his teammates for not giving him the ball before and he did that in a huddle before Dion Waiters gave him the pass that led to the bucket above. That prompted a Golden State timeout and when Durant headed to the sideline he playfully and clearly yells “f*** you” to Waiters.

No one seems to mind this and no one comes to the defense of Waiters either. At the very least this is some weird team dynamics at play and if no one else is bothered by it I guess we shouldn’t be either. That outburst wouldn’t help the Thunder though as the Warriors evened up the series 1-1 with a 118-91 win on Oakland.