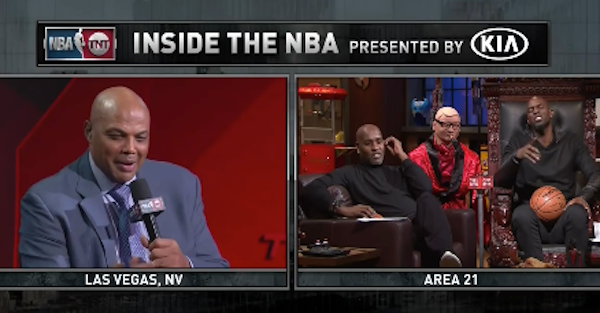 Charles Barkley got a bit cute with his wording Thursday night during Inside the NBA and the king of trash talk, Kevin Garnett made him pay.

Barkley launched into a thought, calling Gary Payton, Shaquille O’Neal and himself a Hall of Famer before turning to Garnett and adding that he’s a “borderline Hall of Famer.”

Garnett had no problem chirping back in what equated to a RINGZZZZZ argument.

Someone call the fight, it’s all over.

Garnett won his lone NBA championship with the 2008 Boston Celtics. Barkley fell in the NBA Finals to the Chicago Bulls in 1993.