Kevin Garnett goes all Lance Stephenson, draws technical on David West by blowing in his ear 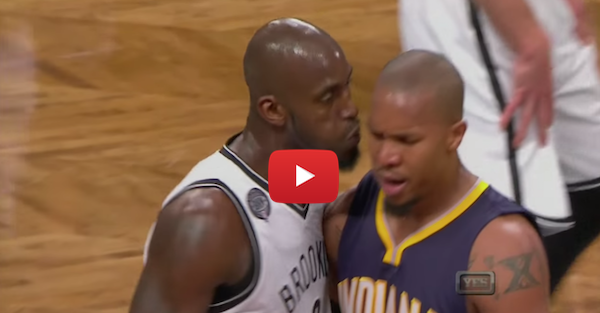 As David West goes to slip from the pick-and-roll, Garnett grabs his arm and the Pacers forward embellished things a bit. So Garnett yelled about West flopping and followed that up with — as you can see in the video above — blowing in his face.

West shoved the Nets forward, which drew a technical. The Pacers held off Brooklyn in the end, 110-85.

After the game, West noted he didn’t think it was quite like former-teammate Lance Stephenson’s, which came in last year’s Eastern Conference Finals.