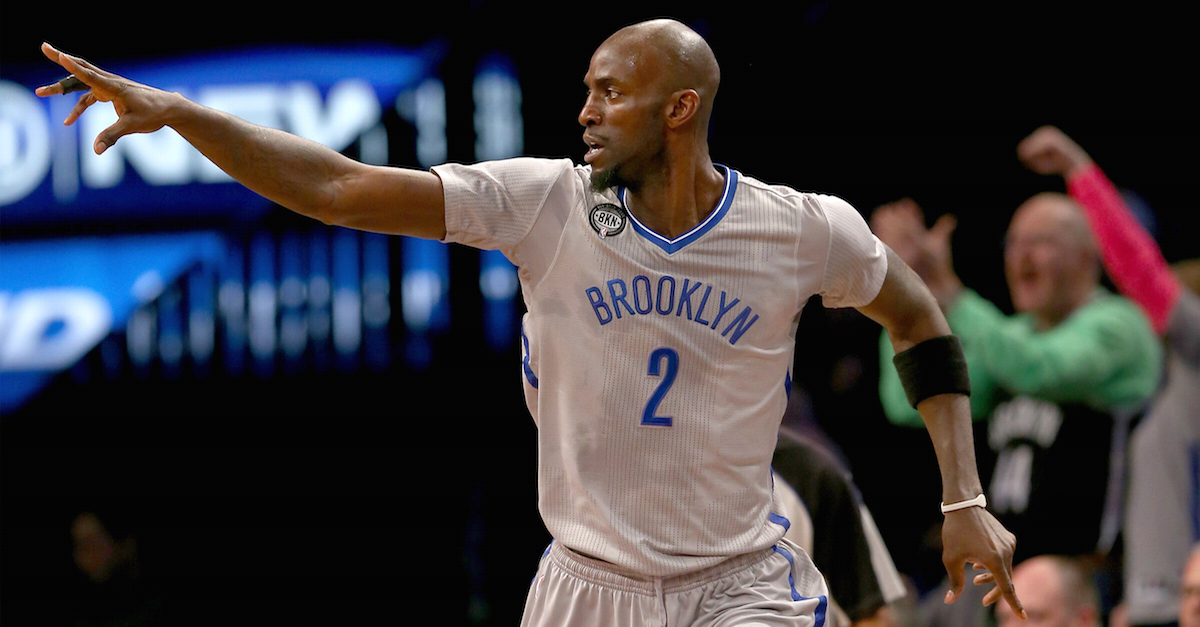 Kevin Garnett is one of the more intense NBA players in the league’s history, so it shouldn’t be a surprise that his wild demeanor trickles over into the locker room.

So as the future Hall of Famer prepares to return to Minnesota, head coach Flip Saunders gave a heads up to the young Timberwolves players.

“As one of our veteran guys told our young guys yesterday, ‘Hey, listen, when KG walks in the locker room your phones better be tucked away, because if they’re not, they’re going to get thrown in the toilet on game night,’ ” Saunders noted.

“He changed their culture,” Saunders said of Garnett’s time with the Boston Celtics. “Doc (Rivers) told me that. They had veteran players and everything else, but when he went in the locker room, the music was cut off and everything.”