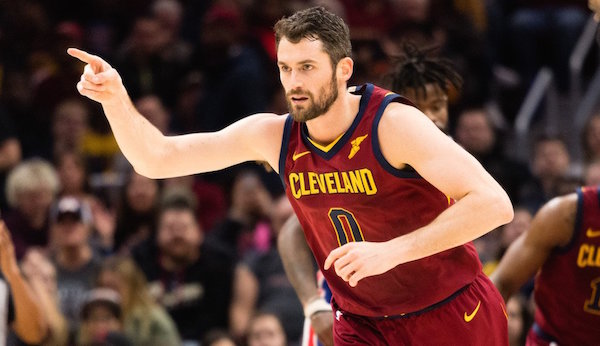 Cleveland Cavaliers forward Kevin Love injured his left hand during the first quarter of Tuesday’s game against the Detroit Pistons and is expected to miss 6-8 weeks, according to ESPN’s Brian Windhorst.

Love underwent X-ray on his injured had hand after playing five minutes, but hadn’t attempted a single shot before exiting the game. The all-star hadn’t previously attempted a 1st-quarter field goal in 427 consecutive games prior to Tuesday, dating back to Feb. 14, 2011.

Cleveland announced that Love’s injury was diagnosed as a fracture, according to ESPN‘s Dave McMenamin.

The forward grabbed his hand after colliding with Detroit’s Andre Drummond under the basket and exited the game with 7:19 remaining in the first quarter.

The injury occurred on the same hand that underwent surgery in October 2009, which included inserting in three screws.