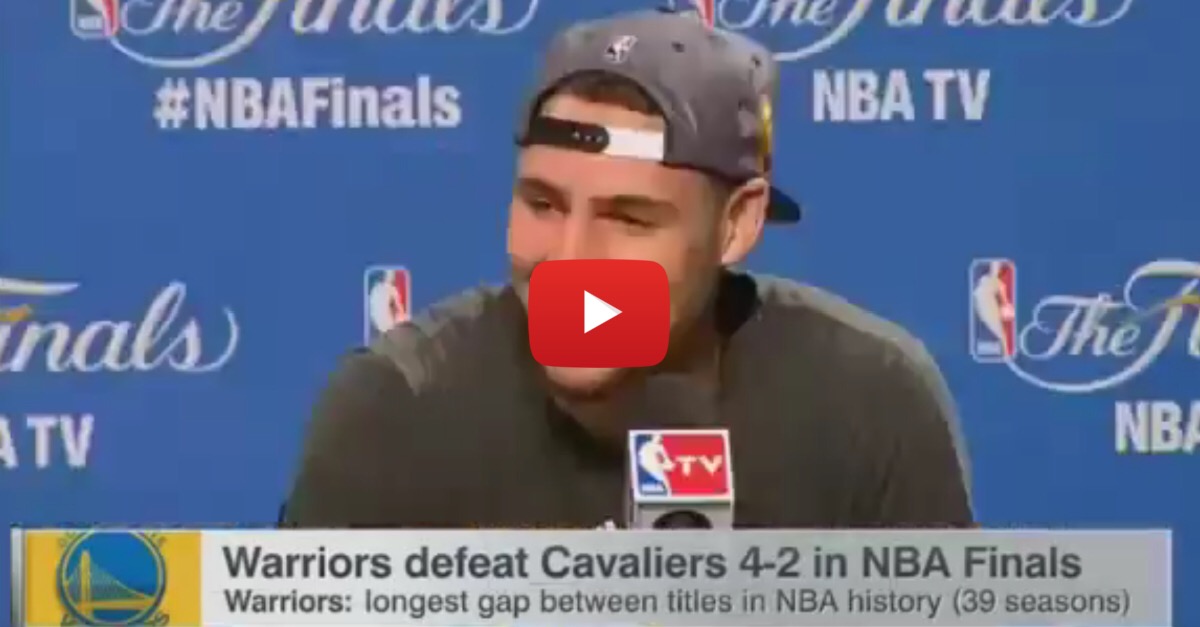 While James had no trouble calling himself the best player in the world earlier in the series, the Warriors didn’t take kindly to his proclamation and let him know after claiming the title.

That one last jab at James probably stings after he dropped his fourth loss in the Finals and had one of the saddest pressers ever.

James won’t have an opportunity to argue that point until next season, but for now, one thing remains clear — the Warriors are the NBA champs.