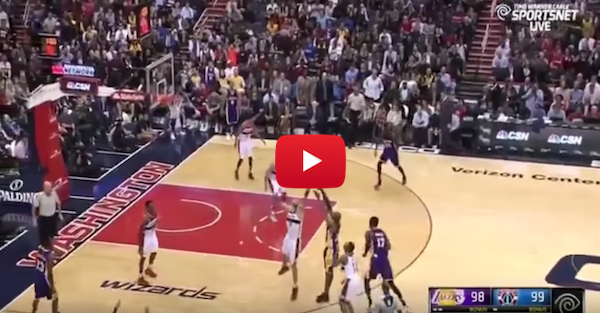 Kobe Bryant has been struggling to get anything going this season, but might have broken out of his slump with a great game against the Washington Wizards. He had 31 points and took over in the last minute of the game to give the Lakers a lead and ultimately the 108-104 win.

This was the Black Mamba people were hoping to see on his farewell tour. The D.C. crowd was not disappointed, unless of course they were rooting for the Wizards. Then they were pretty upset.