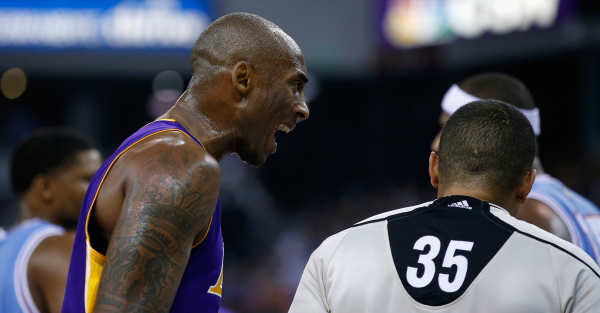 Kobe Bryant has always been one of the most ball-dominant guards in the NBA. There’s been the long running meme of him telling his teammates not to expect a pass, but just to get his rebound.

When Bryant was asked about letting his three young stars develop — Jordan Clarkson, Julius Randle, and D’Angelo Russell — he said it won’t be easy to let it go, but it has to be done. ?Got to let them develop. It?s difficult. But it has to be done.?

The Black Mamba went into more details about it and letting these guys make their own stories and plays throughout games.

Bryant is saying all the right things, but I am having a hard time believing it considering he’s always been uptight about winning. Letting these guys make their mistakes and own reads is definitely not going to result in wins and that will only heat up Bryant to the point of a messy intervention that will undoubtedly spill over into the media.