Kristaps Porzingis invited all of the Celtics to his block party 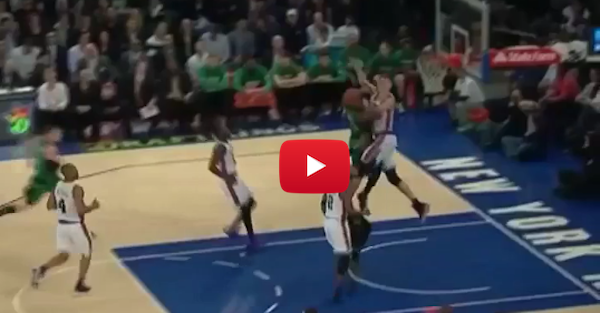 The Knicks and Celtics faced off in a classic Eastern Conference battle on Tuesday night. It was not the defensive battle as you might have expected as the Knicks won 120-114, but big man Kristaps Porzingis had a little block party for the Celtics.

The rookie is off to a blistering start to his career and it looks like the Knicks aren’t looking so stupid after all for drafting him fourth overall.