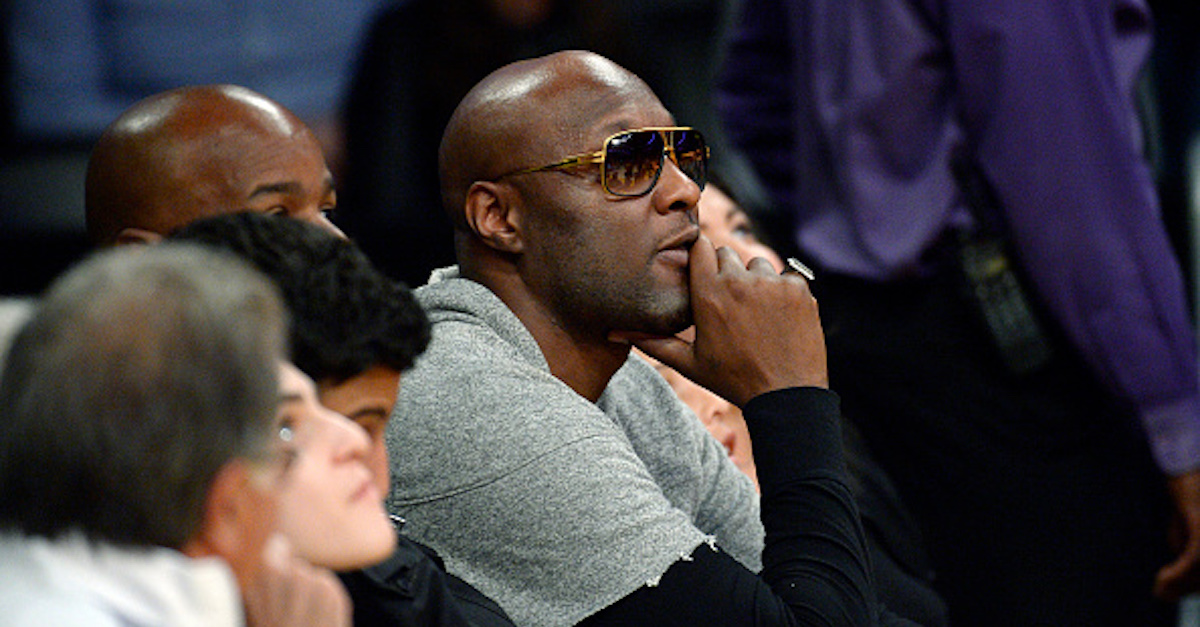 Kevork Djansezian/Getty Images
LOS ANGELES, CA - MARCH 30: Former Los Angeles Lakers and Miami Heat basketball player Lamar Odom attends the basketball game between the Heat and the Lakers at Staples Center March 30, 2016, in Los Angeles, California. NOTE TO USER: User expressly acknowledges and agrees that, by downloading and or using the photograph, User is consenting to the terms and conditions of the Getty Images License Agreement. (Photo by Kevork Djansezian/Getty Images)

At one point Lamar Odom was one heck of a basketball player. Later in his life, he’s likely become known more for his affiliation with the Kardashians and the reality TV lifestyle that came along with it, but without a doubt — he was a great player at one point.

It’s tough to deny the impact Odom made over 14 seasons in the NBA. It’s also tough to deny his honesty and vulnerability as a person after his recent admissions in The Players Tribune.

On a website dedicated to truth and vulnerability from top level athletes, Odom broke the mold by opening up on a drug addiction he struggled with, specifically in his early 30’s.

Per his own admission, cocaine was Odom’s drug habit of choice. It was a drug he tried at a much younger age, but one that apparently stuck with him.

I didn?t try it until I was 24 years old, when I was on summer vacation in Miami. And ? I wish I could tell you there was a reason for it. There wasn?t. It was just an asinine decision I made. If I knew that it was going to affect my life the way it did, I would?ve never even thought about it. Never. But I did it. It turned out to be a life-altering decision.

For all the star power that Odom’s life has been known for — on and off the court — he has suffered through a lot of pain and loss as well, which is something else he opened up on in The Players Tribune. His drug issue, though, haunted him to a point where cocaine became something he thought of all the time. In fact, it got so bad that it led him into some shady situations and nearly killed him.

One of the darkest places I?ve ever been was when I was in a motel room, getting high with this chick, and my wife (at the time) walked in. That probably was like rock bottom.

First of all I was in a motel.

I?m a millionaire. I?d made it out of Jamaica, Queens, and won two NBA titles. And I?m in a motel, with some random person, doing coke. But I just wanted to get high with this girl, and I had no other place to go. I couldn?t take her home. You know, I was being a scumbag. Nothing else I got for that. No excuses. No bullshit. That?s just the truth.

Odom ended up going to rehab and getting his life back together. He’s clean and sober nowadays and that’s great, though he did admit that every day is still a struggle. He claimed that once you’re an addict you’re always an addict, and he’s not the first person who’s traveled down that road who feels the same way.

Odom is choosing to live clean every day, though, and he’s apparently in a much better spot. At least he’s better enough to be honest about his struggles, and who knows, perhaps the impact of that can be greater than anything he ever accomplished on the basketball court — though that’s a high bar.