LaMarcus Aldridge details his Lakers meetings and the Knicks getting nixed 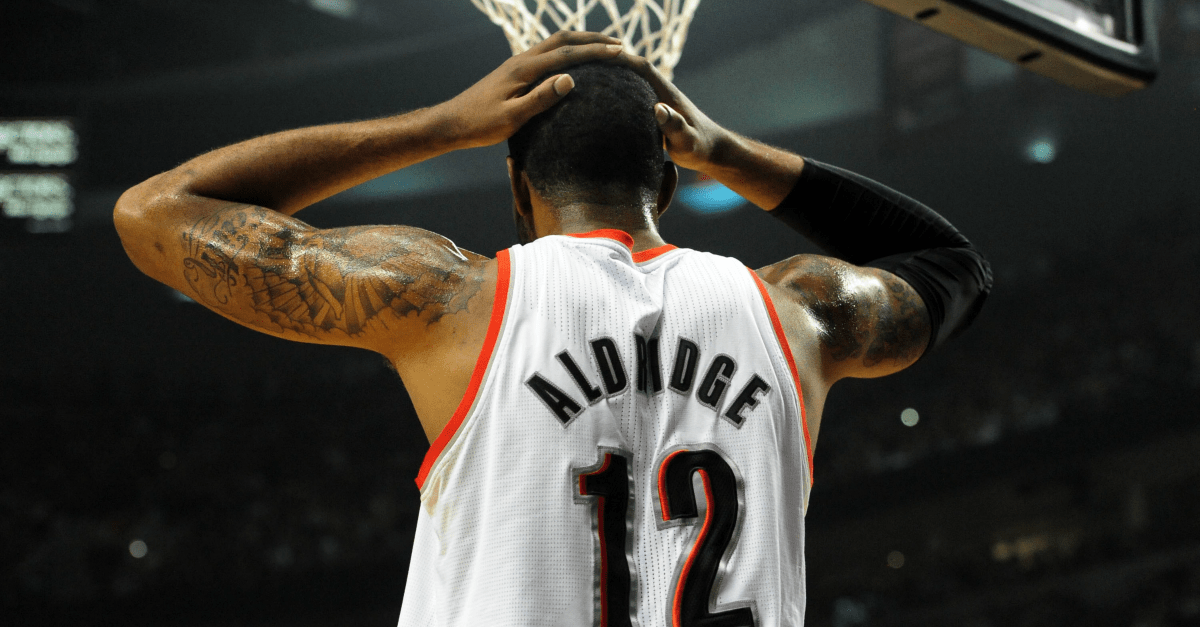 LaMarcus Aldridge took a lot of meetings this offseason before signing with the San Antonio Spurs and there was a lot of talk about how the New York Knicks and Los Angeles Lakers totally screwed up. Aldridge had to take a second meeting with the Lakers because the first one went so poorly and the Knicks were being classic dummies. Here’s how Aldridge described both instances.

“About the New York Knicks, they told me that they wanted me to play strictly [center],” Aldridge said. “So they didn’t want to meet with me. People was saying it was me, but it was both parties agreeing that we shouldn’t meet.”

If you’re the Knicks how do you tell one of the best free agents in this class what he can and cannot do for your team? This is why people don’t want to play for the Knicks right now. It was rumored that the Lakers were trying to sell him on the lifestyle of L.A. but Aldridge already owns a home in Orange County. Aldridge also probably wasn’t interested in waiting around for the Lakers to have the cap space to try and lure another big name free agent to the team either.