Larry Sanders hints at NBA return, likely to sign with one of two teams 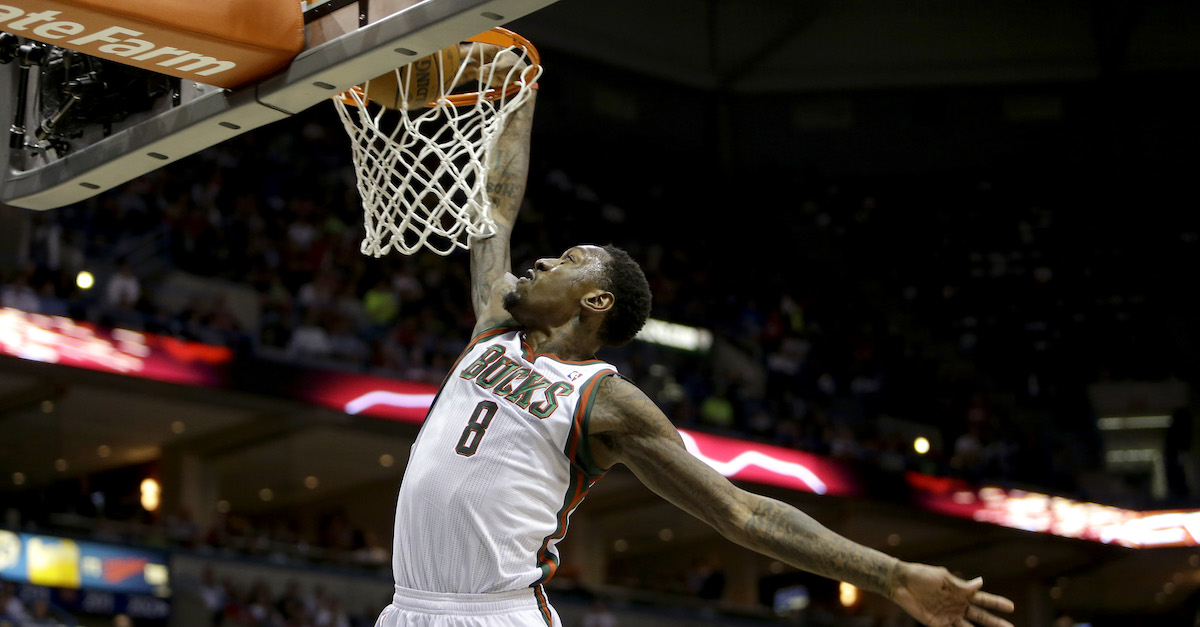 MILWAUKEE, WI - APRIL 25: Larry Sanders #8 of the Milwaukee Bucks with the one handed jam on a fast break against the Miami Heat during Game Three of the Western Conference Quarterfinals of the 2013 NBA Playoffs at Bradley Center on APRIL 25, 2013 in Milwaukee, Wisconsin. NOTE TO USER: User expressly acknowledges and agrees that, by downloading and or using this photograph, User is consenting to the terms and conditions of the Getty Images License Agreement. (Photo by Mike McGinnis/Getty Images) *** Local Caption *** Larry Sanders

Larry Sanders used to be one of the premier rim protectors in the NBA before the Milwaukee Bucks bought out his contract after missing games for violating the league’s anti-drug policy. He also left the league to deal with some personal issues and it seems that he might be ready to move on.

The 27-year old Sanders could be making his comeback after not playing since the 2014-15 season in which he only played 27 games. How do we know he could be coming back? He’s been drawing interest from several teams and has been working out in California.

He also tweeted out a couple of pictures suggesting where he might be headed should he sign somewhere this season.

That’s a screenshot from the cult classic movie The Warriors and he posted another photo after that suggesting he might join an Eastern Conference powerhouse.

For those who can’t quite tell what that is, it’s supposed to be a cavalier. The Warriors are desperately looking to sign anyone who will take a veteran’s minimum and Sanders could very well be that guy. He averaged 1.8 blocks a game while he was playing and would be a perfect role player on this team since he doesn’t need plays drawn up for him to score — he would get buckets mostly off putbacks and lobs — and is looking for a chance at redemption.