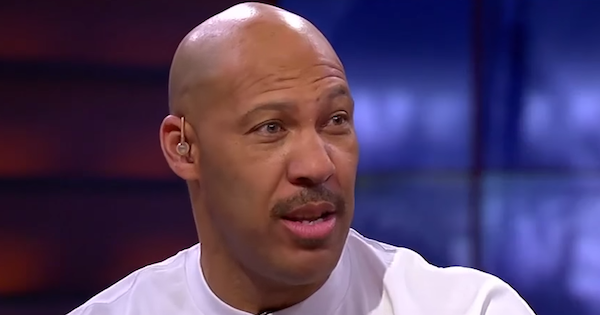 Thursday night, the Los Angeles Lakers selected LaVar Ball’s son, Lonzon, with the No. 2 pick in the NBA Draft and immediately came out with a bold proclamation: The Lakers will make the playoffs next season with Lonzo now on the squad.

Lavar Ball guarantees playoffs for the Lakers next year – bookmark it pic.twitter.com/EyNUEbfqf8

For a team that just had one of its worst seasons in franchise history, just getting to .500 would be ideal for the Lakers next season in Year 2 of the Luke Walton era and Year 1 of the Magic Johnson and Rob Pelinka era.

Now, though, the pressure is on Brandon Ingram, Lonzo, Julius Randle, Brook Lopez and company to make huge strides in 2017-18.

LaVar guaranteeing playoffs with this kind of roster is a bold take, something he hasn’t had shied away from in he past, and, unless the team adds Paul George this summer, it’s hard to see this as a realistic possibility.