LeBron James Shuts Up Heckler From the Lakers Bench 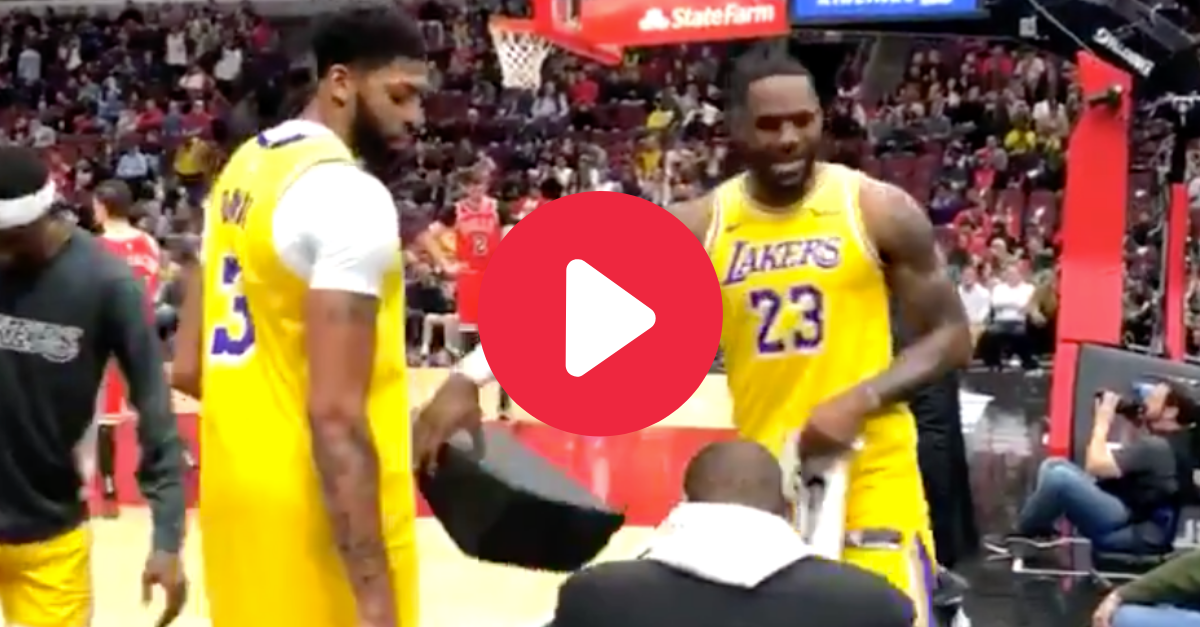 No matter where he goes, for whatever reason, NBA fans love to heckle Los Angeles Lakers forward LeBron James. It?s the price he pays for being an elite superstar, but it tends to happen all of the time.

More often than not, The King ignores it, mainly because he?s heard it all. However, when he actually defends himself, it?s pure comedy, and that?s what happened Tuesday night at the United Center in a win over the Chicago Bulls.

If James? third-straight triple-double wasn?t enough to make fans upset, he certainly owned one specific heckler from the Lakers bench in the fourth quarter.

?Ya lady embarrassed to be with you,? he replied to the heckling Bulls fan. And the rest is history.

@KingJames and the lakers went in on this bulls fan lol. Lebron told him “ya lady embarrassed to be with you” lol pic.twitter.com/jRJSAjyThN

Of course, James? comments didn?t stop fans from yelling back, especially at Anthony Davis, but it was hilarious to witness the game?s greatest player shut up the haters in classic fashion.

In the 118-112 victory, James finished with 30 points, 10 rebounds, and 11 assists for his third consecutive triple double ? the first time that?s happened with the historic franchise since Magic Johnson 32 years ago.

The King is playing at an MVP level this NBA season for the Lakers, who have won six-straight games since a season-opening loss to the Los Angeles Clippers.

Whether it?s been his time with the Cleveland Cavaliers alongside Kyrie Irving and Kevin, the Miami Heat with Dwyane Wade and Chris Bosh, at the NBA Finals against the Golden State Warriors, or playing for the Lakers, fans have been forever ruthless toward LeBron James.

It?s amazing to see someone get a taste of their own medicine in return, especially considering it doesn’t happen very open.

The #WashedKing definitely still has a book of jokes, too.