LeBron James cements his status as the G.O.A.T. with latest playoff feat 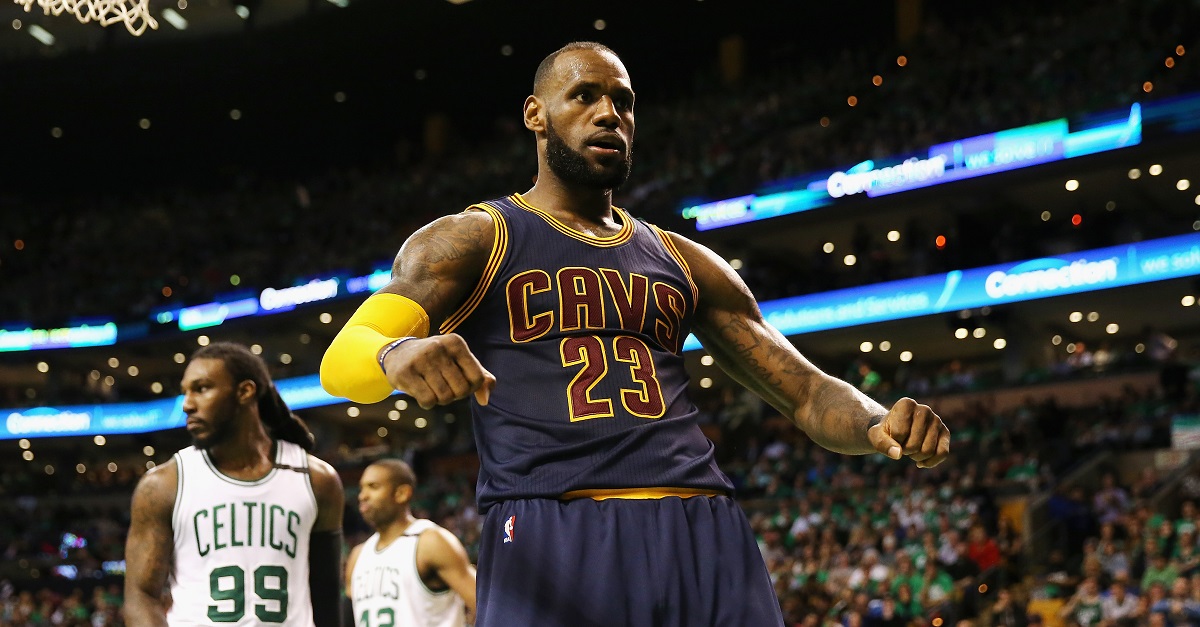 Elsa/Getty Images
BOSTON, MA - MAY 25: LeBron James #23 of the Cleveland Cavaliers celebrates his dunk in the third quarter as Jae Crowder #99 of the Boston Celtics looks on during Game Five of the 2017 NBA Eastern Conference Finals at TD Garden on May 25, 2017 in Boston, Massachusetts. NOTE TO USER: User expressly acknowledges and agrees that, by downloading and or using this photograph, User is consenting to the terms and conditions of the Getty Images License Agreement. (Photo by Elsa/Getty Images)

LeBron James and Michael Jordan will always be in the argument for who is really the greatest basketball player of all-time. James just helped himself a ton by breaking one of Jordan’s long-standing records, which was having the most playoffs points scored in NBA history.

And this was the bucket that got him the record:

RELATED: Salty LeBron James got into a reported heated altercation with a fan following collapse versus Celtics

James is leading his team to a likely win over the Boston Celtics in Game 5 — barring the most epic collapse ever — and will face the Golden State Warriors in the Finals where he will only make the scoring margin between him and Jordan greater.