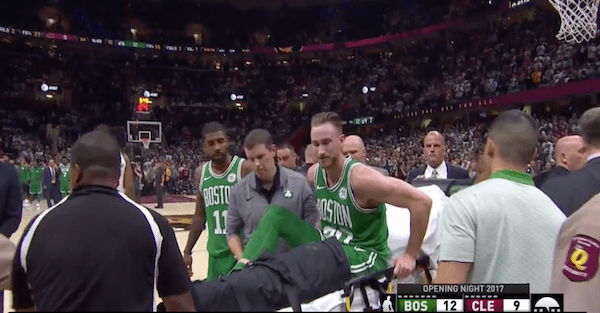 Rivalries are left on the court, and when an NBA player goes down, it doesn’t matter what jersey players are wearing — they all feel it.

That was the case Tuesday night, when Gordon Hayward suffered a fractured ankle less than a quarter into the NBA season opener between the Cleveland Cavaliers and Boston Celtics.

After the injury, as Hayward’s ankle was stabilized and he was lifted onto a stretcher, LeBron James showed all class by coming over to console the rival Celtics small forward:

After the game, James said he sent his thoughts and prayers to Hayward.

The broadcast noted it is a fractured tibia and dislocated ankle for Hayward.