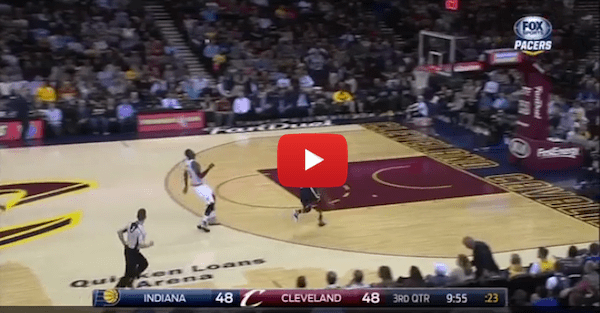 LeBron James and the Cleveland Cavaliers have hit a bit of a rough patch on the court as they’ve lost their last three of four games. The defense hasn’t quite been there, but this play from LeBron is just inexcusable.

He didn’t even make an effort! He’ll definitely get blasted for that one on Tuesday and he really should. Would him running after Paul George have made a big difference in the outcome of that play? Probably not, but totally giving up and not even trying is just an abomination for someone who’s known for his chase down blocks.