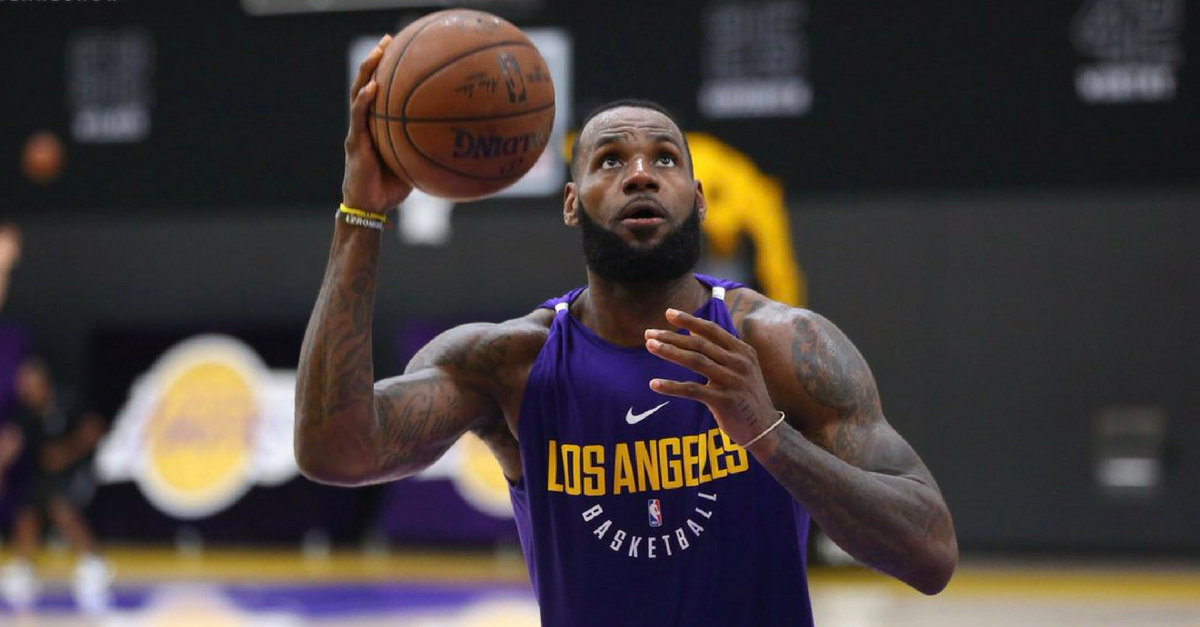 Opening the I Promise School in Akron, Ohio is LeBron James? greatest off-court accomplishment to date. It might also be the best philanthropy thing any athlete has ever done. The world has certainly taken notice to the lasting impact created by the Los Angeles Lakers superstar, too.

Although President Donald Trump insulted the NBA All-Star?s intelligence on Twitter, someone else feels like James should replace Betsy DeVos as the United States Secretary of Education.

A petition has started to put The King in office.

.@BarackObama and I are so proud of @KingJames and @IPROMISESchool. Kids in Akron and across the US are lucky to have you as a role model on and off the court. Keep using your platform for good and giving our kids a chance to shoot for the stars. 🌟🏀 #ReachHigher #BetterMakeRoom pic.twitter.com/hyS6UM2A7b

No, it was not created by the former First Lady.

The petition, started by Rebecca G., had a goal of 30,000 supporters, and it will absolutely exceed that Friday.

Thousands of people are already about the movement and it?s hard telling when it will stop.

Sign my petition calling for DeVos to be fired and LeBron James to be named as U.S. Secretary of Education. LeBron James is an inspiration to kids all over the country. He?s shown he cares about America?s youth and understands the power of public education in helping children meet their true potential.

Betsy DeVos was hired without ever setting foot in a public school ? and she?s taken every opportunity to work against the interests of the children, teachers, and families she has pledged to serve. We certainly deserve better!

No matter which side of the political fence you sit on, it should not be surprising James is getting this kind of support. After all, he is the most recognizable name and face in all of sports.

Despite the kind gesture and support, there?s a 100 percent chance James, who just finished his second stint with the hometown Cleveland Cavaliers, will not leave his day job after signing a four-year, $154 million contract with the Lakers this offseason.

All politics aside, it?s amazing to see just how many people recognize what James is doing to better his hometown community and everywhere else he goes.