LeBron James’ sons are better ballers than you or me 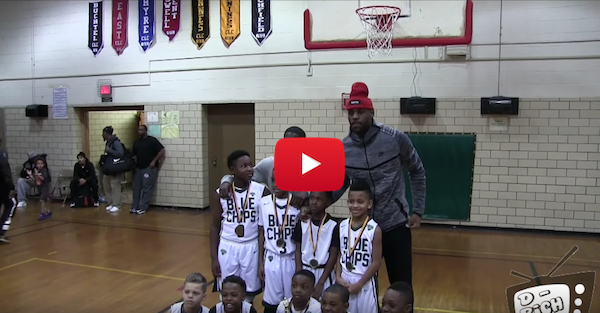 We all know that LeBron James Jr. can ball out. Now we know that his little bro Bryce Maximus James can play some ball too. The two were in a tournament and pops showed up to support them. There were blocked shots, full court passes, three-pointers and even some mid-range jumpers in there. Their only 11 and 9 years old, but they are probably going to end up better ball players than you or I could ever hope to be.