LeBron James thinks MJ gets way too much credit for his six titles, and he couldn’t be more wrong 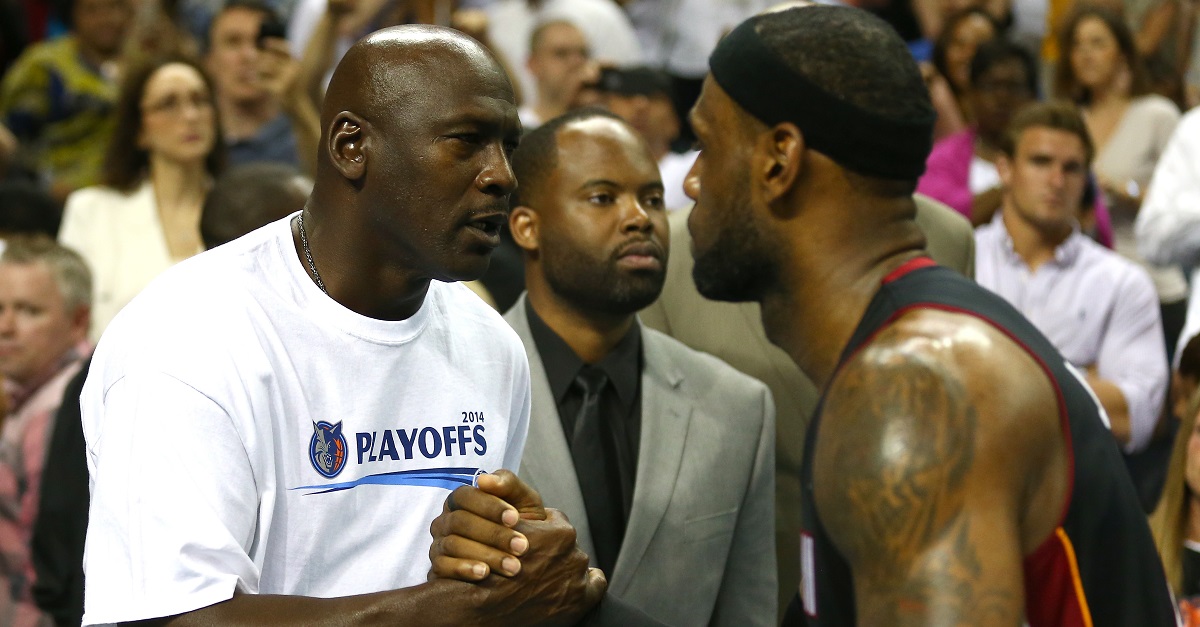 Streeter Lecka/Getty Images
CHARLOTTE, NC - APRIL 28: LeBron James #6 of the Miami Heat hugs Michael Jordan after defeating the Charlotte Bobcats 109-98 in Game Four of the Eastern Conference Quarterfinals during the 2014 NBA Playoffs at Time Warner Cable Arena on April 28, 2014 in Charlotte, North Carolina. NOTE TO USER: User expressly acknowledges and agrees that, by downloading and or using this photograph, User is consenting to the terms and conditions of the Getty Images License Agreement. (Photo by Streeter Lecka/Getty Images)

Michael Jordan is the greatest player to have ever step foot on an NBA court and there are few people who would disagree with that. Apparently, one of the game’s other great players in LeBron James completely disagrees with that. Or at the very least he thinks the G.O.A.T. gets way too much credit for winning six rings.

RELATED: MJ compares himself to current NBA player, and it isn’t LeBron

James gave a very specific example from the 1993 NBA Finals when the Bulls played the Phoenix Suns. While it does make sense, it’s not really a good reason why Jordan gets too much credit.

“I don’t think MJ ever had a Game 7 in the Finals. And people say ‘Oh, well he was able to close it out early’ and they act like he just did it all on his own. They forget about the shot by Paxson on the left wing.

Jordan still had 33 points that game and averaged 41 points a game in that series so to say he gets too much credit is a bit ridiculous. If you want to point to his early playoff exits before the championship runs and in his return season of 1994-95 that would make more sense. This is clearly James grasping at straws to try to make himself seem like he’s on the same level as Jordan despite the fact he’s 3-of-7 in Finals appearances and was swept in 2007.