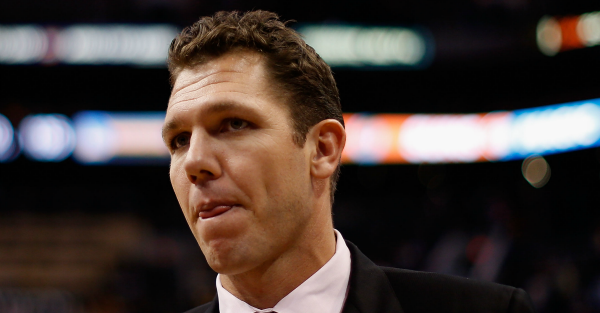 Golden State Warriors interim coach Luke Walton has been helping the Warriors get wins, but hasn’t actually been given credit for any of them. Well, that’s not entirely true. He’s been getting a lot of love from the media and his players, but the league does not recognize him as the one getting the official wins. Those belong to Steve Kerr who has been sidelined by offseason back surgery and complications from it.

Fortunately, the NBA ruled that Walton will be eligible for awards such as Coach of the Year and Month. They had to do this because he is more than likely going to be named the Coach of the Month for November considering his team went undefeated and is sitting at 19-0 after a big win over the Utah Jazz on Monday night.

This feat is likely not to be repeated by anyone — at least any time soon. So let’s take a moment to recognize Walton and what he’s done for this Warriors team and specifically for Kerr. Now that’s something dear old dad Bill never did.