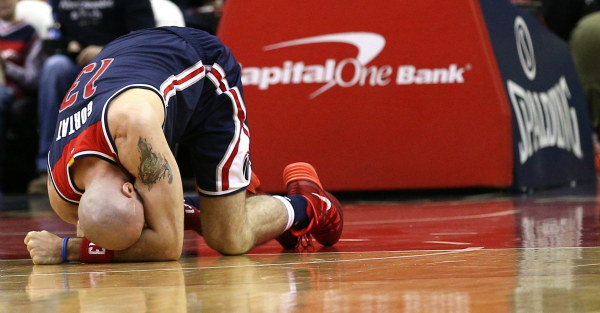 When the Washington Wizards faced the Orlando Magic on Saturday night Marcin Gortat was visiting one of his former teams. He made some nice memories there playing behind Dwight Howard. That’s what got him his contract with the Phoenix Suns and eventually the Wizards.

However, the man who’s in his spot now — Nikola Vucevic — had a rather nasty message for Gortat. He’s no longer needed here. He was going to post up on the block when he accidentally hit Gortat in the ear with his elbow and it was pretty disgusting. Gortat chronicled the aftermath.

WARNING: This picture is graphic.

They told me go to the NBA u gonna like it!!😁😁😂😂 pic.twitter.com/KIjbomv9KG

I want no part of that action, boss.