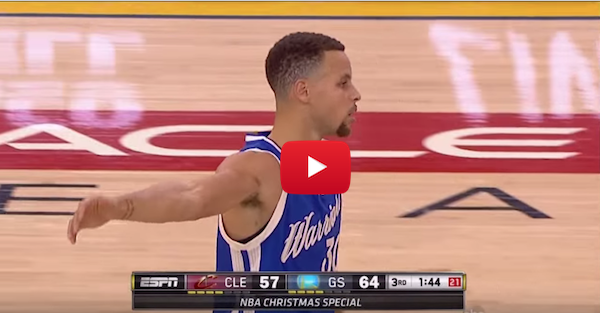 ESPN has not been shy about getting Mark Jackson on the telecast crew for Golden State Warriors games despite the fact he used to be the coach of the team and was unceremoniously fired. Jackson improved the team’s record each year he was the coach, but he didn’t get along with the front office very well.

Steve Kerr was brought in last season and did pretty well leading the team to its first NBA Championship since 1975. Jackson has done several Warriors telecasts and there hasn’t been any conflict. However, the Christmas game featuring The Warriors and the Cleveland Cavaliers saw Jackson go on a bit of a rant about how Curry “has hurt the game” a little bit. The video has Jackson’s full statements, but he does say that Curry has also done a lot of good for the game and is a nice role model to have if you’re a young kid playing ball.

Here’s all of what Jackson said specifically about Curry and his impact on the game.

?To a degree, he?s hurt the game. And what I mean by that is I go into these high school gyms, I watch these kids and the first thing they do is run to the three-point line. You are not Steph Curry. Work on your other aspects of the game. People don?t think that he?s just a knock-down shooter. That?s not why he?s the MVP. He?s a complete basketball player.?

So before everyone gets all mad about Jackson hating on his former player, make sure you get the complete context of his statements and understand what he’s really saying. Jackson has all the respect in the world for the Warriors and especially for Curry and he’s said that several times on-air so don’t get all riled up about a quote taken out of context.