Mark Jackson throws all the shade at Golden State during telecast 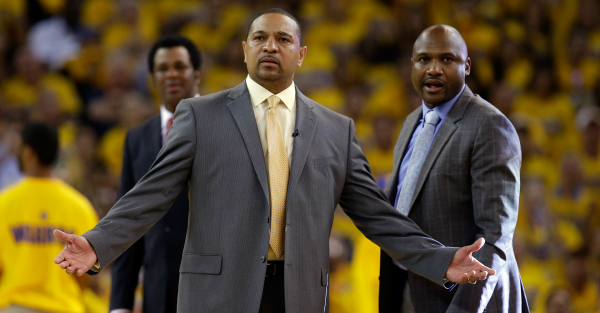 The Los Angeles Lakers have had their fair share of issues this season with the whole D’Angelo Russell fiasco. They even became the topic of discussion for Mark Jackson and Jeff Van Gundy during the Houston Rockets-Oklahoma City Thunder game. However, Jackson didn’t waste his opportunity and went for the ultimate shade shot at the Golden State Warriors.

The ex-Warriors head coach said Russell could still make it in the NBA as an assistant, referencing Darren Erman, who was fired by Golden State in 2014 for secretly videotaping Jackson?s talks. And that’s what was likely the cause for his firing that year as Erman was taking the videos to show to management behind Jackson’s back.

Jackson has usually been cordial covering games, especially Warriors games, but it looks like he might have been holding something back for a bit and had to get it off his chest. Van Gundy’s reaction was priceless though as it sounded like he had almost been waiting on it and was relieved he got it out.