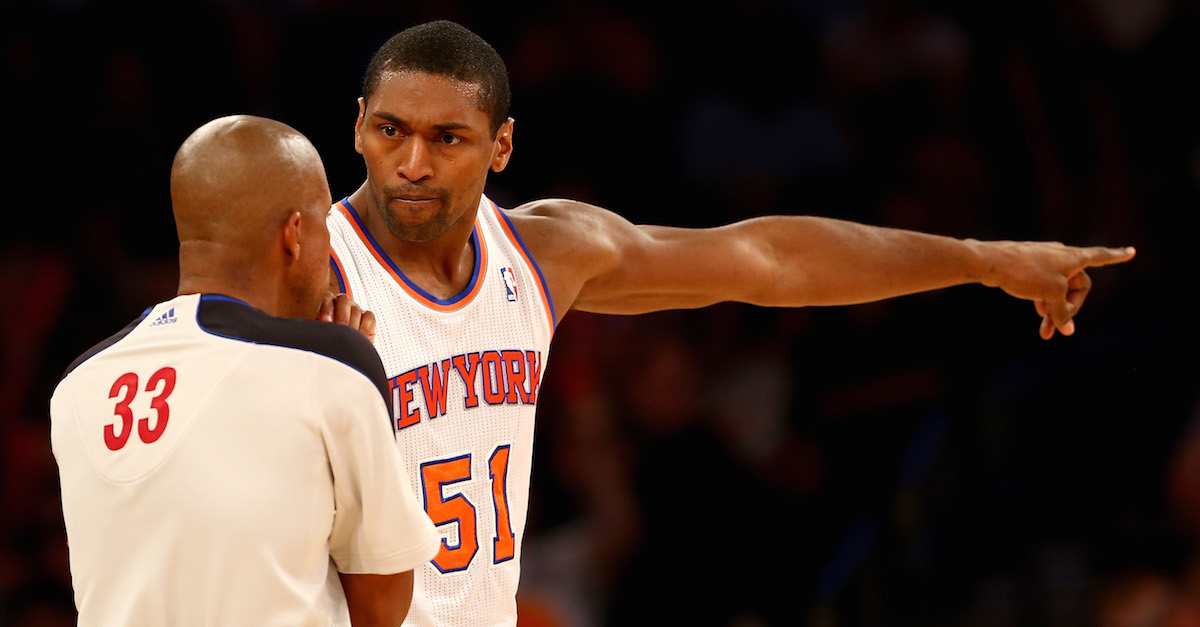 Metta World Peace remains one of the strangest athletes to play in the NBA, so it’s wise to take everything he says with a grain of salt.

After Wednesday’s 10th Anniversary of the Malice in the Palace, World Peace discussed having remorse for the incident and then claimed he’s actually friends with the guy who threw a drink at him.

Did you guys know that the white dude who threw beer on me in Detroit are close buddies now with me? #howfreakingnutsright?

When questioned about said “white dude,” World Peace responded with a name that may or may not be his old buddy’s.

Who really knows when World Peace is just getting attention for the sake of it, or is actually telling an interesting story. Regardless, it would be pretty wild if this one were true.