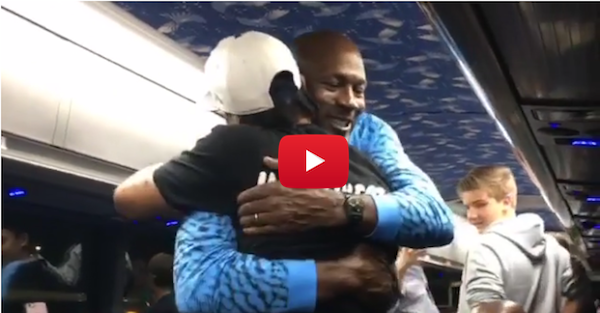 Allen Iverson was just named as part of the 2016 class of inductees into the Naismith Hall of Fame this weekend at the Final Four. He joins a pantheon of legends and one of them gave him the huge congratulations he has always wanted. When Michael Jordan got on AI’s bus after the crazy National Championship game he went straight to Iverson and gave him a big hug.

Me and the best that ever did it!!!

That’s the stuff dreams are made of and all of Iverson’s dreams just came true. It’s one thing to cross up the legend when you’re playing against him, but it’s another to get serious acknowledgement and love from the G.O.A.T.