Michael Jordan compares himself to current NBA player, and it’s not LeBron James or Kevin Durant 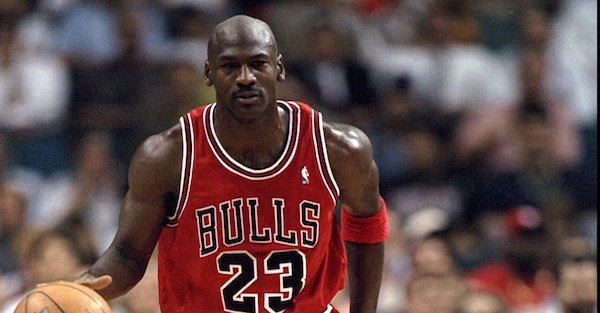 Andy Lyons/Getty Images
7 Jan 1998: Guard Michael Jordan of the Chicago Bulls in action against the Miami Heat during a game at the Miami Arena in Miami, Florida. The Heat defeated the Bulls 99-72. Mandatory Credit: Andy Lyons /Allsport

Michael Jordan is the greatest player to ever step foot on the hardwood. So when he hands out any type of praise, it’s given weight. But when he makes a direct comparison between himself and another player, well that’s something special.

Here’s what he said about Russell Westbrook about two weeks ago, per Complex.

“Thirty years ago, that’s me,” he said of Westbrook. “The attitude, trying to prove myself, showing so much passion for the game of basketball. You see it in his play. You can tell he loves the game, he plays with energy and flair.”

When asked what his response to that soundbite was, the electric guard was left relatively speechless.

“That’s crazy,” he told (Complex) during his interview. “I really don’t know what to say. To have the best player who ever played the game to say that about you as a player and as a person is something that is going to keep me striving.”

After inking a three-year $85 million deal to stay in Oklahoma City, the guard who averaged 23 points, 10 assists and nearly eight rebounds per game is now “the guy” for the Thunder.

Whether the eight-year veteran, surrounded by Victor Oladipo and Steven Adams, can keep Oklahoma City in contention or not remains to be seen. What is known, is he’ll have enormous shoes to fill next season as the franchise player and now direct comparison to “His Airness.”