Former No. 4 overall pick out for remainder of NBA season 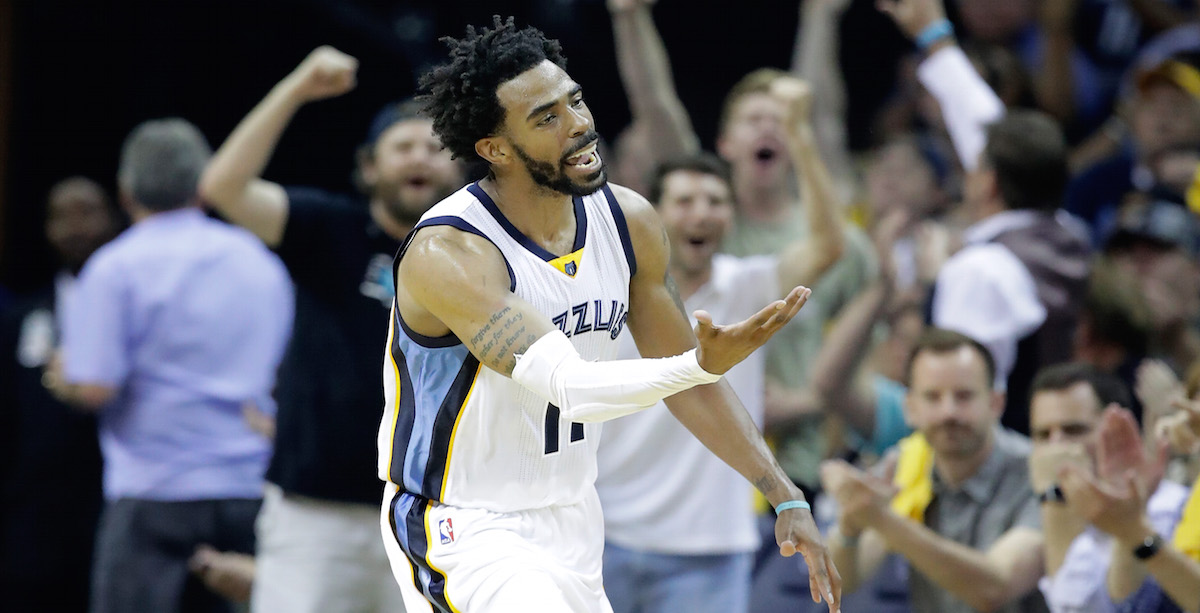 Andy Lyons/Getty Images
MEMPHIS, TN - APRIL 20: Mike Conley #11 of the Memphis Grizzlies celebrates against the San Antonio Spurs in game three of the Western Conference Quarterfinals during the 2017 NBA Playoffs at FedExForum on April 20, 2017 in Memphis, Tennessee. NOTE TO USER: User expressly acknowledges and agrees that, by downloading and or using this photograph, User is consenting to the terms and conditions of the Getty Images License Agreement (Photo by Andy Lyons/Getty Images)

“Conley will undergo surgery to smooth a small bone protrusion in his left heel that continues to cause pain and soreness. He will be unavailable for the remainder of the 2017-18 season but is expected to make a full recovery prior to 2018-19 training camp.”

Conley hasn’t played since Nov. 13 and was limited to just 12 appearances during the 2017-18 season. He made several attempts to return this season before opting for surgery, according to Michael Wallace of Grizzlies.com.

Conley last played on Nov. 13 and has been limited to just 12 games this season. He has tried various treatment options on the heel, and recently got as far as working out in 3-on-3 scrimmage sessions earlier this month. But pain/soreness persisted.

Conley has remained with the team throughout his rehabilitation. Several Grizzlies players have been plagued by injuries in recent weeks including Chandler Parsons (knee), JaMychal Green (ankle) and James Ennis (calf).

Conley has spent his entire NBA career with Memphis after being selected No. 4 overall in the 2007 NBA Draft.

Conley was also named to the NBA All-Defensive Second Team in 2013, won two NBA Sportsmanship Awards in 2014 and 2016.