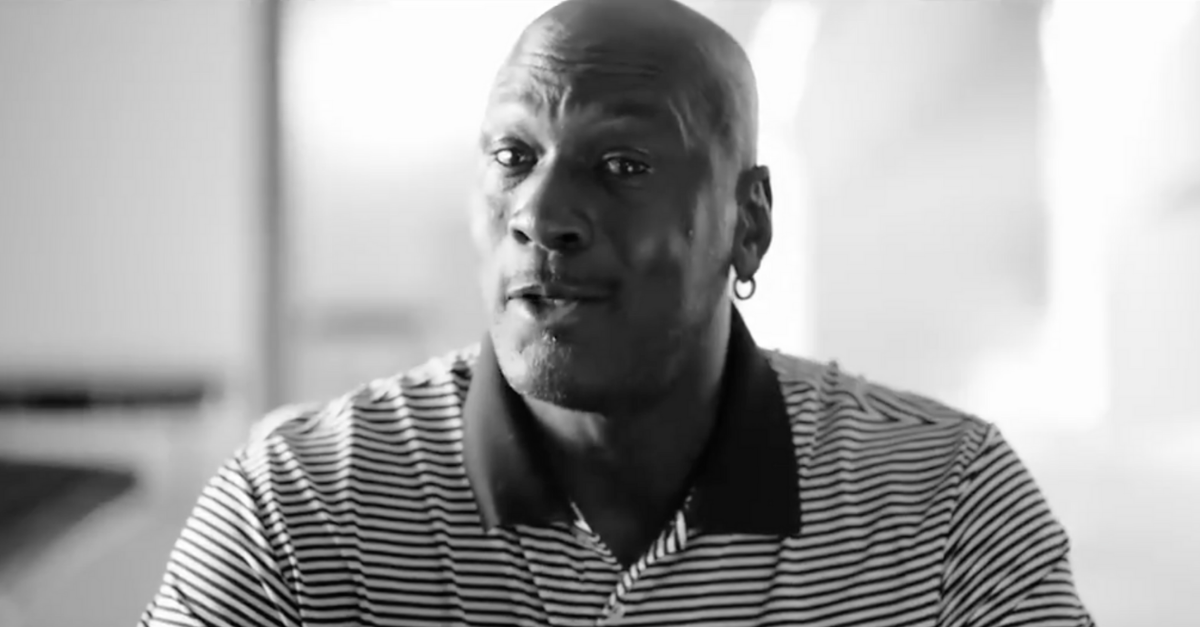 If you tuned into Sunday Night Football?s big NFC matchup between the Minnesota Vikings and New Orleans Saints, chances are you saw the commercial of the year. It was, without question, legendary, and it might help fans everywhere settle the debate of ?who is the greatest ever??

The very moment Michael Jordan appeared on the screen meant it was time to put everything down, stop talking, and pay attention. Then, when the iconic NBA player for the Chicago Bulls began to speak, it made the hair on your arm stand straight up.

?A lot of talk going on these days about who is the greatest ever, about who has the titles, the raw talent, the most clutch moments,? Jordan said with several dramatic pauses. ?I get it. It?s a tough call. I mean, even the jersey numbers are the same. But, maybe the best way to settle this debate is to play it out? head to head.?

It?s just not what you think.

How do you settle the debate over who is the ‘Greatest of All Time?’@Jumpman23 wants to see it happen head-to-head. pic.twitter.com/L4v6kOvJfF

How this commercial was scripted was nothing short of brilliant. Having Jordan, one of the most iconic athletes ever, bringing up a GOAT (Greatest of All Time) debate is incredible as is, but the fact it was a tease for next Sunday?s game between the New England Patriots and Green Bay Packers launched this promo into a different stratosphere of greatness.

Tom Brady or Aaron Rodgers? Aaron Rodgers or Tom Brady? It?s an intriguing debate, for sure, but it?s definitely not the one most sports fans talk about constantly.

Everyone, of course, thought this commercial was going to be about Michael Jordan versus LeBron James. Both are in that discussion of greatest ever, whether you want to admit it or not, and both are most known for wearing the No. 23.

With James at the absolute peak of his powers, going to eight-straight NBA Finals with the Miami Heat and Cleveland Cavaliers before taking his talents to the Los Angeles Lakers this offseason, the debate gets more interesting by the day.

James even played along with the commercial, stating he?s ready to challenge Jordan.

IM READY!!!! Oh my bad I thought, maybe u were, umm never mind back to my regular schedule program https://t.co/4JmeesffNu

Nobody will ever know who is better between Jordan, now the Charlotte Hornets Chairman, and James. It?s certainly just a matter of opinion at this point.

But we can at least watch two of the greatest quarterbacks to ever play in the NFL go at it next weekend and we have an epic NBC commercial to prove it.