Move over Nick Young. Kemba Walker gave us easily the most embarrassing celebration of the year. 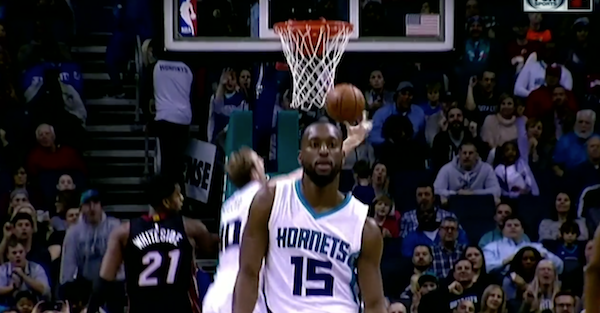 Even some of the best players in the NBA have embarrassing moments.

During the Charlotte Hornets’ 91-82 win over the Miami Heat, Kemba Walker shot a 3-pointer he assumed went in… except it didn’t. It was very reminiscent of Nick Young’s missed shot a few seasons ago.

when the three little text bubbles come up for a second but then they disappear https://t.co/d0uyaLOlJL

Kemba did finish with 22 points in the win, but his teammates likely won’t let him forget this moment for a long time. He’ll almost assuredly make an appearance on Shaqtin’ A Fool.