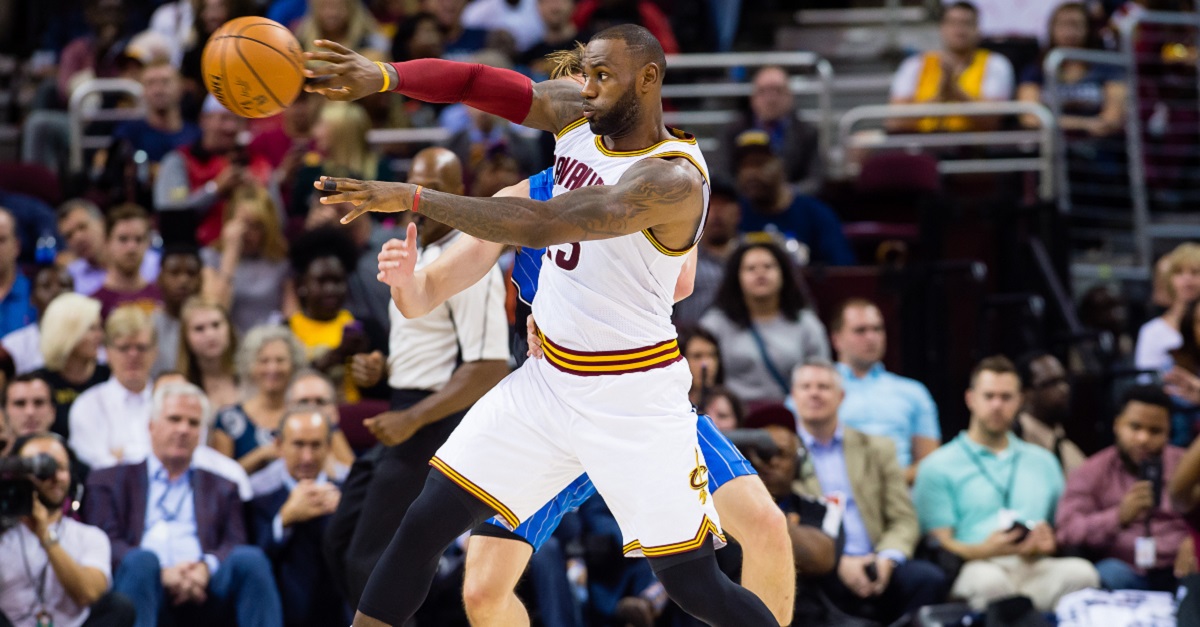 Jason Miller/Getty Images
CLEVELAND, OH - OCTOBER 5: LeBron James #23 of the Cleveland Cavaliers passes while under pressure from Jeff Green #8 of the Orlando Magic during the first half at Quicken Loans Arena on October 5, 2016 in Cleveland, Ohio. NOTE TO USER: User expressly acknowledges and agrees that, by downloading and/or using this photograph, user is consenting to the terms and conditions of the Getty Images License Agreement. Mandatory copyright notice. (Photo by Jason Miller/Getty Images)

Nate Silver is known for his site 538, which projects a number of things like presidential polls, voting trends and even NBA playoff likelihoods. The latter of the three is what’s most intriguing right now as the preseason is close to its end and the regular season starts on Tuesday.

RELATED: One NBA insider believes the Spurs might have problems before the season even begins

RELATED: The most bets are being placed on this team to win an NBA title and it’s not the Warriors or Cavs

What might be most surprising is that the Utah Jazz are being given the fourth-best odds at winning the NBA title though at four percent. The Jazz are expected to be an improved team so long as they stay healthy, but this might be a huge leap. The Celtics being given only a three percent to win the title despite the fact most people think they will be better than the Raptors this season is a little odd as well.